GFA: Black Stars ‘not begging for food’ in USA 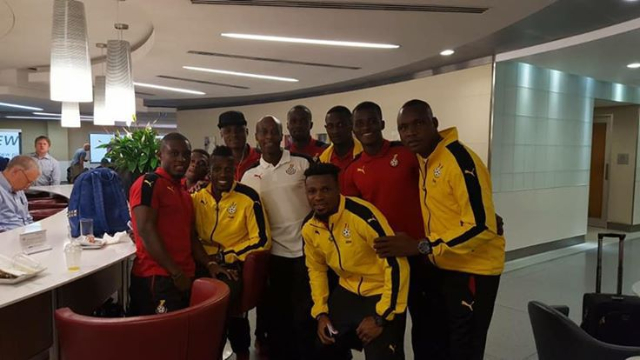 The Ghana Football Association has rubbished claims of Black Stars 'begging for food' in the United States of America ahead of the side's international against the Yankees on Saturday.

Reports surfaced in the West African nation on Friday that players of the senior national team had to rely on the benevolence of Ghanaian residents in Connecticut to survive.

While the Federation admits it encountered difficulty with their traveling plans from Houston to Hartford, Connecticut, attempts to paint a gloomy picture of the situation smacks of diabolism and a well-orchestrated plan to ostracize the FA in the eyes of the Ghanaian public.

The FA has been forced to set the record straight regarding their trip, insisting it has not shirk its responsibility.

"The Ghana Football Association's attention has been drawn to media commentary about the Black Stars journey from Houston to Hartford, Connecticut,"

"We had to fly the Black Stars for the journey from Houston and Hartford because there were no direct flights on the journey.

"Because of the distance the FA decided to fly all the players’ business class as is the norm in travel for the senior national team.

"Because of the numbers the airlines could not accommodate all of the players on one flight, so we had to break the team into groups, this clearly created some inconveniences.

"However, the federation ensured that each group traveled with at least a management member all the way through. "

The FA also clarified the situation which led to captain Assamoah Gyan using his credit card to save a situation regarding two players.

"For the two players who joined us in the US, the Vice President of GFA George Afriyie, was on call at the airport to pay so that they will not travel on another separate airline. The airline regrettably could not accept cash. Captain Asamoah Gyan paid with his credit card and was subsequently reimbursed.

"Since the team arrived here in Hartford many Ghanaians based here in Connecticut have come to support the team and out of enthusiasm have brought them Ghana food although unsolicited.

"The management had already arranged for food from the hotel's restaurant before the team's arrival and the team was fully sufficient with food.

"Let's also put it on record that the GFA ONLY paid for the players, technical and management on this trip.

"Any other Ghanaian who traveled here be it journalists, fans, members of the Ghana football fraternity or relatives of officials of the GFA we not paid for by the GFA."

The four-time African champions will renew its rivalry with the Americans ahead of the meeting of the two nations on Saturday.

The Black Stars lost 1-0 to Mexico in a similar exercise in Houston on Thursday.