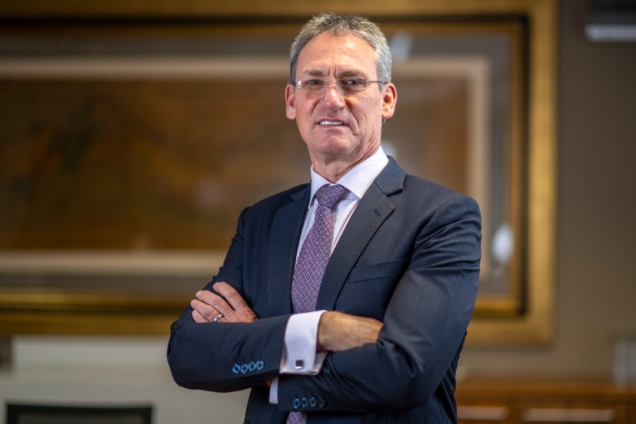 Regulators and mining firms must learn from the outcome of investigations into the ‘Apeatse Explosion’ to forestall future occurrence, Chris Griffith, CEO of Gold Fields Limited, has said.

Describing the explosion as a “tragic accident,” he said regulators of the mining sector must use the outcome to improve certain areas of the regulatory regime to enhance safety.

Mr Griffith, who was addressing journalists at a media engagement session in Accra on Wednesday, January 26, 2022, said mining companies must also use the outcome of the inquiry to improve internal safety standards.

“Even before we know the outcomes of the investigation, we will be looking at our own standards to ensure that we are compliant to whatever regulations are in place and to make sure that we do the very best we can until such time that we get the answers,” he said.

Mr Griffith said the mining companies would work collectively with the Government to come out with remedial actions to forestall the recurrence of such tragic explosions.

Fourteen people were killed and more than 170 injured in the explosion, which occurred on Thursday, January 20, 2022, at Appiatse in the Prestea-Huni Valley Municipality.

Preliminary investigations by the Police had indicated that a truck carrying explosives to the Chirano Gold Mine, about 140km away from Appiatse collided with a tricycle at the Apeatse section of the Bogoso-Kumasi highway.

The accident reportedly caused fire, leading to the explosion about 15 minutes later.

Government has since commenced investigations to unravel what caused the disaster. Mr Griffith said safety was paramount to the operations of Gold Fields, adding that the company had a strong regulation and safety standard to guarantee the safety of employees and communities in, which it operated.

He said the Company had not recorded any fatalities at its mines in the last decade and that it had targeted zero fatalities, zero serious injuries, and zero serious environmental incidents as part of its 2030 targets.

“We place value on safety. We have made it clear that we will not mine if we can’t mine safely.

“Over 700 days without one employee losing a shift in Tarkwa is a testament to how the team is doing,” Mr Griffith said.

He said the existing regulation on the transportation, storage, and handling of explosives in the country “is really solid,” adding that the disaster would further improve regulatory systems.

“We are keen to learn from the investigation report to understand what happened and the additional steps we can take going forward,” Mr Mortoti said.

Gold Fields is a globally diversified producer of gold with 10 operating mines and projects in Australia, Ghana, Peru, Chile, and South Africa.

The Tarkwa, Damang, and Asanko mines in West Africa constitute 35 per cent of the Company’s total Group production.

The company has been operating in Ghana for 29 years, with the Tarkwa Mine as its flagship mine and the single largest gold producer in Ghana.