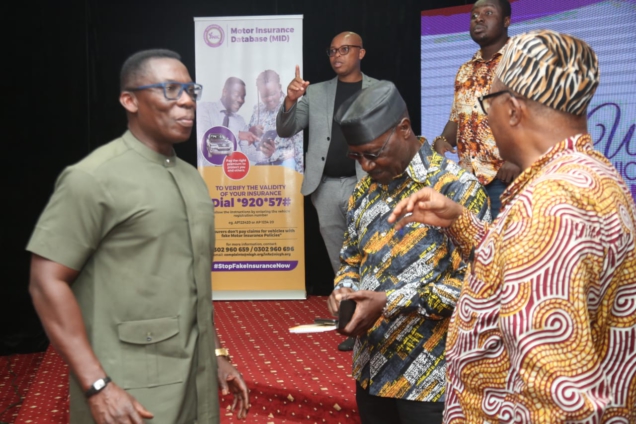 Some Ghanaian celebrities drawn from the worlds of the arts, entertainment, sports, and social media producers have called on the Commissioner of Insurance, Dr. Justice Ofori to let insurance companies design products that will help protect their professions.

They made this call when the Insurance Regular organised a workshop on the Principles of Insurance for a mix of the celebrities.

The celebs were of the opinion that all of them use parts of their bodies in performing their arts hence the need to protect these parts. One opines that a music artiste needs an insurance to protect his or her voice; so is a footballer who needs to protect his or her feet/legs. Some others also interestingly called for the design of insurance protection against marriage breakdown.

In his response, the Commissioner of Insurance, Dr Justice Ofori who hosted them at the Head Office of the NIC in Accra, hinted that there are policies available on the Ghanaian insurance market that are tailored for these unforeseen mishaps embedded in Disability Insurances.

“The definition of disability may vary depending on the part of the body that earns the Celebrity regular income. For instance, a footballer whose source of income is playing football can be described under the disability policy as incapable of playing football once he can no longer (temporarily or permanently) be able to earn an income as a result of a bad injury.

“Similarly, a singer could be described as incapable of singing if he or she loses the voice. All of these can be defined variously under the disability insurance”, Dr Ofori disclosed.

Some participants made reference to a famous Ghanaian actor who has lost his voice over the years and the effects this is having on his career.

They were excited by Dr Ofori’s disclosure that these policies are available on the Ghanaian market and that insurance companies should be more proactive in approaching them.

Some event organisers from Charterhouse also sought to know the types of insurance policies that will be ideal for them to which the Commissioner immediately indicated that, on top of their priority list should be public liability insurance which will serve their purpose.

Participants were presented with certificates.

The NIC is Ghana’s insurance industry regulator and has over the past few years been engaging personalities in all working categories to have a fair understanding and appreciation of insurance as a risk-mitigating mechanism.