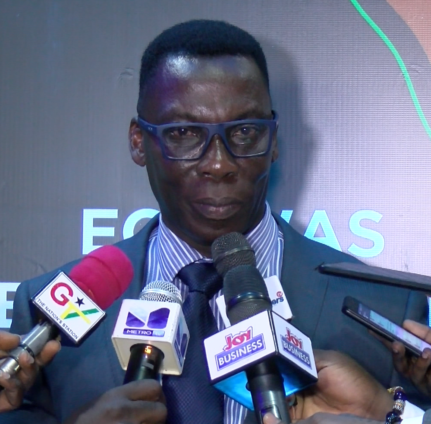 The National Insurance Commission has urged the Ghana National Bureau to migrate issuance of the ECOWAS Brown Card Insurance Scheme onto a digital platform in order to curb fake stickers in circulation.

The scheme was introduced to ensure free movement of foreign motorists, businesses and institutions, transporters and transport unions within the ECOWAS sub-region.

However, the real beneficiaries are victims of cross-border motor accidents and their dependents.

Speaking to Joy Business on the sidelines of an event to mark the 40th anniversary of the signing of the ECOWAS Brown Card Insurance Scheme protocol, the Commissioner of NIC, Dr. Justice Ofori said even though the scheme since its inception chalked some successes, it has been fraught with some challenges, especially fake stickers.

According to him, his outfit will collaborate with the Bureau to digitise the process to curb the menace.

“We need to introduce something similar to the Motor Insurance Database we have in Ghana because we know that there are some fake brown card stickers out there”, he said.

The Insurance Commissioner added, “So for instance if a Ghanaian vehicle is involved in an accident in Nigeria, the Police there should be able to dial a short code on their phone to determine whether the brown card given them is authentic or not.”

The 40the anniversary celebration is themed, “ECOWAS Brown Card Insurance Scheme: the role of key stakeholders.”

Until the establishment of the scheme, motorists traveling across their national boundaries had to apply for an extension of the geographical coverage of their motor policies to include the country being visited.

This brought to fore, the cumbersome experience policyholders went through in terms of getting their claims paid.

Meanwhile, Deputy Minister of Foreign Affairs and Regional Integration, Thomas Mbomba, says government’s resolve to introduce a supplementary act to the scheme sought to consolidate the gains made and domesticate the scheme.

“The supplementary act was adapted in June 2021 under the leadership of President Akufo-Addo and with this new development, the future seems bright for the scheme”, he said.

Mr. Mbomba added, “The Ghana National ECOWAS Brown Card Bureau is working with officials from my ministry and other key national stakeholders to rectify as well as domesticate the new act.”

As per article 1 (2) of the supplementary protocol, the ECOWAS Brown card has been given the status of a specialised institution of the community; which now makes it a more important and compulsory travel document for all motorists within the sub-region.

For his part, Chairman of the Bureau, Henry Bukari, advised the insuring public to insist on their Brown Card certificate anytime they took a motor policy be it comprehensive or third-party policy.

“It is paid for in your motor premium.” He added.

The ECOWAS Brown Card Day celebration brought together players in the insurance industry, Borderless Alliance Ghana, among others.