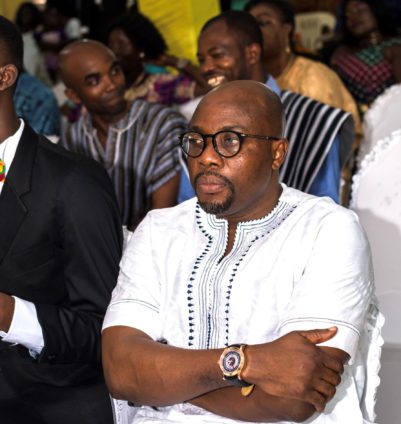 President of the Ghana Journalists Association, Roland Affail Monney has joined the many Ghanaians to mourn the late General Manager of Joy Brands, Elvis Kwashie.

He said Ghanaian journalism has lost a colossal figure in his demise.

Eulogising the late seasoned professional, Roland Affail Monney noted that Elvis’ contribution to journalism made Joy News the best in Ghana and Africa.

“If Joy FM finds itself on top of the pack of media outlets in Ghana. You know Joy is a reference point in Journalism in Ghana and the rest of Africa because behind the scenes was a professional gem like Elvis Kwashie who will ensure that the crop of journalists deliver. Ghanaian journalism has lost a colossal figure in Elvis Kwashie,” he said.