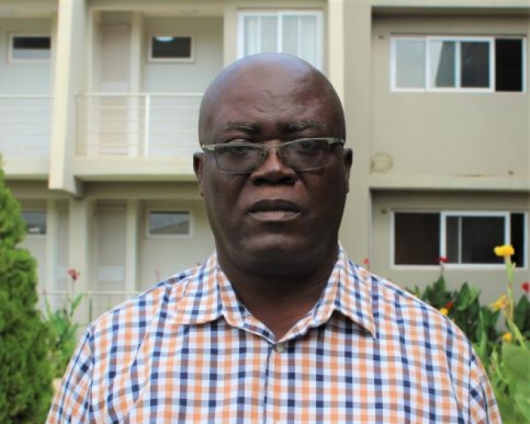 The Chairman of the Elections Committee of the Ghana Journalists Association (GJA) has resigned barely three days to the national executive elections.

Osei Kwadwo Adow Esq. announced his resignation on Monday, June 20 through a letter to the outgone President of the Association, Roland Affail Monney.

In the letter, Osei Kwadwo Adow Esq. said “my reasons are personal”.

Meanwhile, Roland Affail Monney has told JoyNews that the Chairman has been asked through a letter to resume his position as the date for the election is near.

“The decision by Lawyer Osei Kwadwo Adow Esq. to resign has come close to the election and the implications will be dire if he goes ahead with the resignation.

“We were compelled by reality to persuade him to rescind his decision and I am inclined to believe that Lawyer Osei Kwadwo will come back and resume his position as Chairman of the Elections Committee,” he said.

Dr. Monney added that after personally contacting the resigned chairman, he is convinced the latter will resume his position as the Chairman of the Elections Committee.

However, Lawyer Osei Kwadwo Adow told JoyNews that he has not yet received any letter requesting him to rescind his decision.

The GJA Elections Committee in May announced that the long awaited national and regional elections will be held simultaneously on Friday, June 24, 2022, at all designated polling centres across the country.

A press release issued by the Association said the finalisation of the election date follows the successful resolution of petitions submitted before the GJA Elections Adjudication Committee (EDAC).

Linda Asante-Agyei of the Ghana News Agency (GNA) is the only candidate for the Vice Presidential position.

For the position of the Organising Secretary, Mary Mensah, the Foreign Editor of the Graphic Communications Group Limited and Dominic Hlordze of the Ghana Broadcasting Corporation are the aspirants.

Rebecca Ekpe of the GBC and Caesar Abagali of the GNA are the candidates for the Public Affairs position.