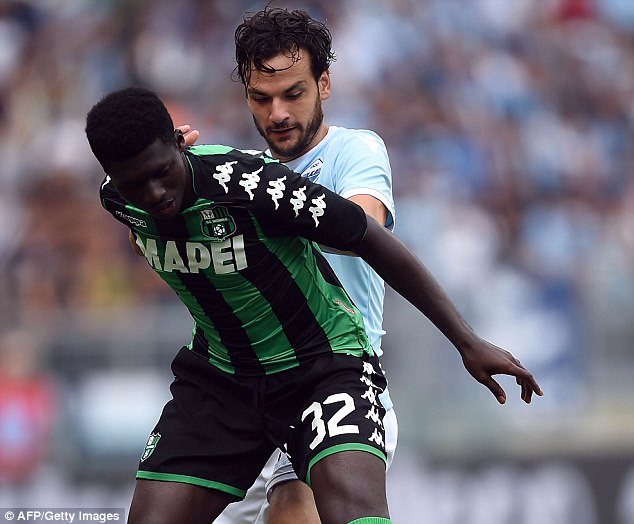 Two Ghanaian players suffered racial abuse over the weekend while in action for Sassuolo in the Italian Serie A.

Lazio’s problem in dealing with racism among its fans resurfaced during the club’s 6-1 win over visiting Sassuolo on Sunday.

After derogatory chants were directed at Sassuolo players Claud Adjapong and Alfred Duncan, the stadium announcer warned that the match could be suspended if the chants continued.

Adjapong was born in Italy to Ghanaian parents and has represented Italy's under-19 national team.

For Duncan, he is from Ghana and has made nine appearances for the Black Stars, scoring one goal.

Lazio has been fined and subjected to stadium closures for years due to racist incidents.

On Thursday, Lazio beat Belgian side Zulte Waregem 2-0 in a Europa League match behind closed doors due to punishment from UEFA for racist chants aimed at a Sparta Prague player in the Roman side’s last continental appearance two seasons ago.

A host of African players in the European country have been subjected to racist abuse over the years. Muntari in May received the backing of FIFA for walking off the field after the inhuman act was meted out to him in Pescara's away match against Cagliari.