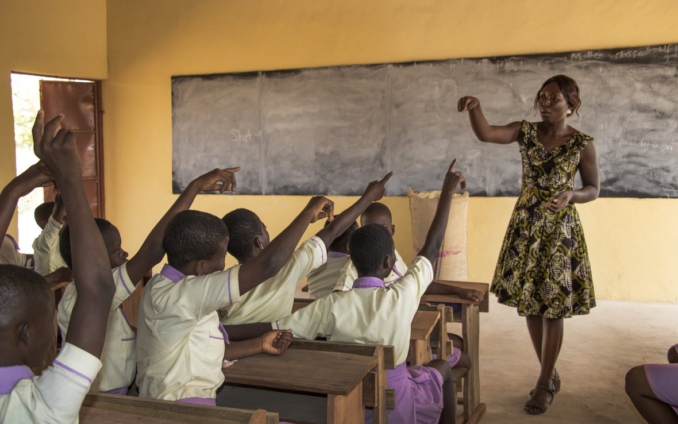 A former Chief Economist of the Bank of Ghana has said the future of the country will be doomed should Ghanaian children be denied access to proper education.

Dr A. O. Abudu explained that human beings are the most valuable resources of any country; therefore, there is the need to invest in the country’s educational system.

“If we deny proper education to our own children, we are building a disaster of the future,” he said.

Dr Abudu, in an exclusive interview to proffer solutions to help alleviate the country’s educational system, referred to the Bible to drive home the point that people need knowledge to do more.

Using himself as an example, he said the problem may be deliberate as he is optimistic an improvement is attainable.

“I have done a lot for this country, but it’s only because of education, so if for some reason we deny education, and this is deliberate because we can do it.”

He noted that the first post-colonial government, under the leadership of Dr Kwame Nkrumah, deliberately set out to make Ghana highly educated by quickly setting up a program for the illiterate.

“In fact, UNESCO sent experts to come and see the rapid progress we were making in making our people literate,” he recalled.

According to him, Zimbabwe is currently benefiting from Ghana as the late President Mugabe learned a lot during his two-year stay in the country. At the same time, he taught in a secondary school and a teacher training college in Takoradi.

“And what he learnt from Ghana, he took to Zimbabwe. Today, Zimbabwe is about 80 per cent or more literate. Ghana is about 70 per cent functionally illiterate,” he noted.

Analysing the country’s educational system since it attained independence in 1957, Dr Abudu said it is unfortunate that the standards are falling, “and we don’t need any special investigation to find this out.”