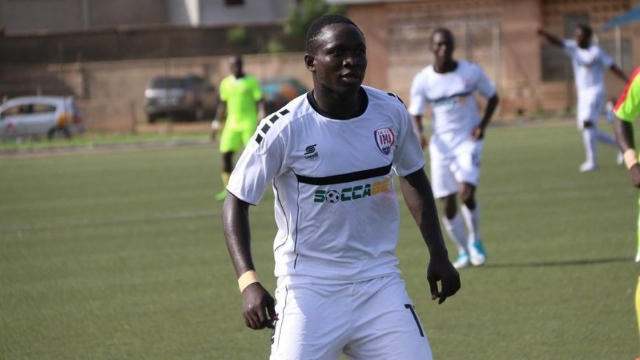 Berekum Chelsea suffered their first home defeat of the Ghana Premier League season with a surprise 3-1 reversal to Inter Allies on Saturday.

The hosts scored through Augustine Henneh but Victorien Adebayor’s double and Samuel Armah’s effort won all three points for the visitors at the Golden City Park.

Allies have moved to eighth on the league table while Chelsea sit joint-top of the table with a risk of being left behind when Aduana Stars, Ashanti Gold, Asante Kotoko and Medeama get their turn of Matchweek 10 action on Sunday.

Eleven-Is-To-One have won their second successive game on the road. For The Blues, Saturday’s slump was their first home loss of the campaign.

Adebayor, the league’s top scorer, broke the deadlock for Allies on 32 minutes with a free-kick before Armah doubled the score three minutes after the interval.

In the 63rd minute, Henneh halved the deficit for Chelsea with a cool finish but Adebayor netted his 10th goals of the season six minutes to full-time to restore their two-goal lead.

Eleven-Is-To-One host Medeama in their next game while Chelsea play away to Great Olympics.

DISCLAIMER: The Views, Comments, Opinions, Contributions and Statements made by Readers and Contributors on this platform do not necessarily represent the views or policy of Multimedia Group Limited.
Tags:
GHPL
Inter Allies