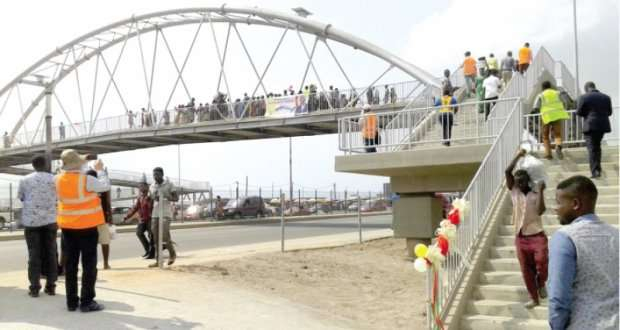 The government has planned to construct three more footbridges on the George Walker Bush Highway in an attempt to limit the increasing number of pedestrian deaths on the road.

This is because most road crashes in the Greater Accra region are recorded on the George Walker Bush Highway making it one of the accident-prone roads in the country.

The three new footbridges are to be located at Lapaz Junction, Akweteyman Junction and Awoshie.

Mr Kwesi Amoako Atta, Minister for Roads and Highways answering questions on the floor of Parliament stated that the construction of the three bridges adds up to already existing interventions to deal with road accidents on the N1 Highway.

He explained that by June 2019, the three footbridges would be constructed at Lapaz junction, Akweteyman Junction and Awoshie.

He said the footbridges would be part of the Accra Metropolitan Assembly (AMA) – Bloomberg initiative for junction improvement to enhance pedestrian safety and avert accidents.

Meanwhile, Patrick Boamah, MP for Okaikwei Central Constituency has lauded government for the construction of the three bridges saying the intervention was critical.

He promised to hold the minister to his word to deliver the project for his constituents.

“We have to commend the government and also ensure that the minister’s promise is kept” he added.