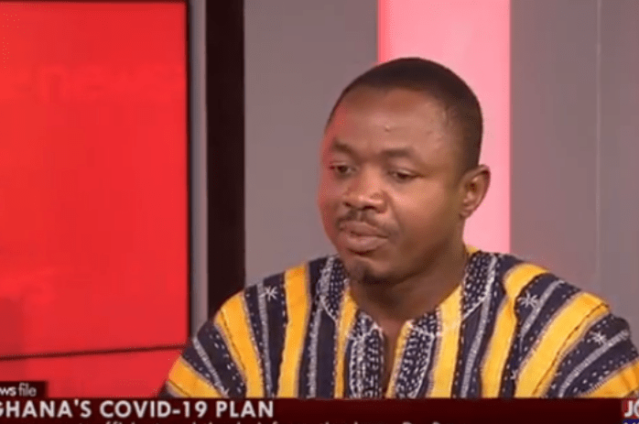 General Secretary of the Ghana Medical Association (GMA), Dr. Titus Beyuo has said government is not being fair to labour unions by its request for the ongoing strike to be called off before negotiations could commence.

According to him, the demand by the government is not a “fair labour practice”.

Speaking in an interview on Top Story, Wednesday, he said government has been reluctant in addressing the concerns of labour prior to the announcement of the industrial action.

“If you call people to a meeting and you tell them at that meeting that if they cannot call off the strike then you cannot negotiate, that is problematic,” he told Evans Mensah.

He noted that health workers who have served notice to strike over the Cost of Living Allowance are ready to negotiate with the government on a “reasonable conclusion”.

Doctors, pharmacists, nurses and other health workers across the country have served notice they will withdraw their services if the government fails to pay their Cost of Living Allowance (COLA).

In a joint statement sighted by JoyNews, the joint health sector unions and professional associations said they will boycott both in-patient and out-patient services by August 1, 2022 if the government fails to address their concerns.

The associations say their resolve comes after a meeting between labour unions and the government on Tuesday, July 12, ended inconclusively.

A meeting on Tuesday between the government and organised labour unions over the Cost of Living Allowance (COLA) was adjourned indefinitely.

According to the Deputy Minister of Employment and Labour Relations, Bright Wereko-Brobbey, the adjournment was due to the refusal of some labour unions to call off their strike before negotiations commence.

“We have had to adjourn the meeting because both parties; labour and government think that we cannot do this while a party is on strike, so the agreement is that we are going off to talk to each other. They call off the strike and we come again to meet,” he told JoyNews.

The two associations have accused government of betrayal of trust for asking them to call off their strike before negotiations.

DISCLAIMER: The Views, Comments, Opinions, Contributions and Statements made by Readers and Contributors on this platform do not necessarily represent the views or policy of Multimedia Group Limited.
Tags:
COLA strike
Cost of Living Allowance (COLA)
Labour Unions strike