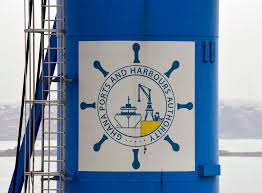 The Ghana Ports and Harbours Authority (GPHA) has organized a farewell parade in honour of Colonel William Kwablah retired, Port Security Manager who bows out of active service at the port.

The Port Security Guards put out an impressive and skilful displays in slow and quick march to entertain the management, staff, and cross section of the public who formed part of the congregation to honour the outgoing Port Security Manager.

Director of Tema Port, Mrs Sandra Opoku, commended Col. Kwablah for dedication and commitment to duty at GPHA as the Port Security Manager since April 1, 2020.

Mrs Opoku said though there were a lot of challenges during his tenure; they always discussed and got the best solutions, which worked well for the Port, adding that the professionalism of the Port Security Manager made it easy for intelligence to be picked on issues for prompt action to defuse it.

Col Kwablah commended the management and staff for the support which contributed to the success and improved security at the port while heading the security department of the Port.

He said he assumed duty with the aim to improve the image and reputation of the security department of GPHA, noting, it had largely been achieved through the instilment of discipline among all ranks, intellectual capacity building, better resource management, and improvement of equipment and infrastructure.

“These initiatives had resulted in the upgrading of CCTV system, ongoing process to improve the strength of personnel, and the current drives to enhance the manning services at our gates with automated scanning systems among others,” he said.

He suggested that his successor continued to drive the ongoing transformation process at the department and make it an entity that management could rely upon at all time.

DISCLAIMER: The Views, Comments, Opinions, Contributions and Statements made by Readers and Contributors on this platform do not necessarily represent the views or policy of Multimedia Group Limited.
Tags:
Colonel William Kwablah
GPHA