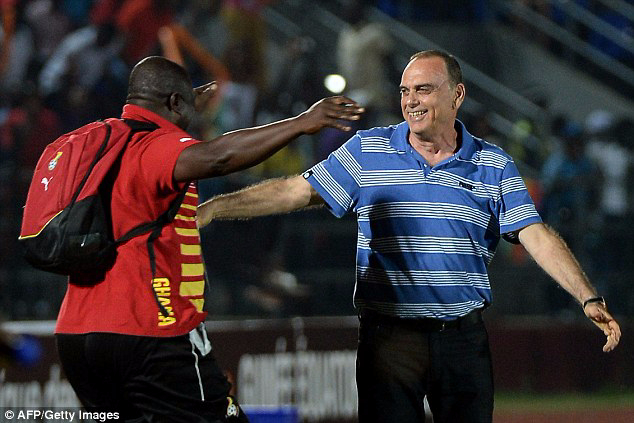 Black Stars coach Avram Grant says he is working hard to put together a formidable side for the 2017 Nations Cup qualifiers which begins later this year.

Ghana is yet to win a game after the Nations Cup in Equatorial Guinea as they lost 2-1 to Senegal and drew with Mali in a Fifa international friendly.

Many have expressed concern about the shape of the team now but coach Avram Grant has assured his the team will be ready for the 2017 Nations Cup qualifiers.

“Our target is to go a step further because we don’t want to go back,” said Grant

“My target is to improve the team and that could be done in three ways; the quality of trainings, the things around the team and put good structures in place.

“Some of the key players will come back and make the team stronger but the competition will make the team much stronger because when they come they will face players that played in their absence and did well.”

Recently Grant was in Senegal to watch the African Youth Championships where the Black Satellites came third.