Hudson-Odoi leaves door open to playing for Ghana in future 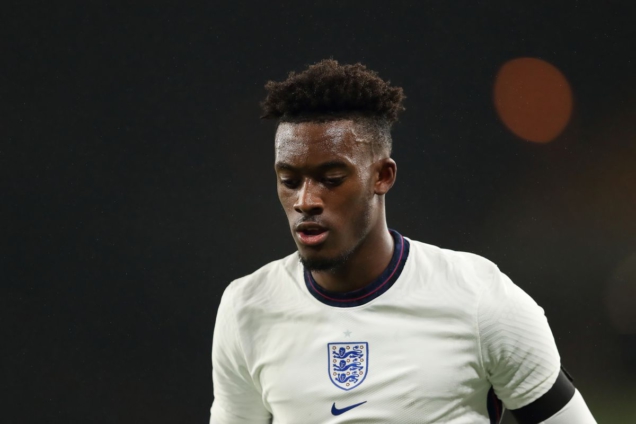 Callum Hudson-Odoi has made three appearances for England's senior team.

England forward Callum Hudson-Odoi has hinted he could possibly play for the Black Stars in future.

The winger, who’s capped three times by England, is still eligible to switch to Ghana after the eligibility rules were revised by FIFA.

The rule states that:

Players can now switch national teams provided they are eligible to represent them as long as they have played no more than three matches (including friendlies), none of the matches were in the final tournament of the FIFA World Cup or confederation competition, and they all happened before the player turned 21.

Hudson-Odoi falls under this bracket as he is eligible for Ghana because of his dad, Bismark Odoi who played for Hearts of Oak.

The 20-year-old is currently in Ghana enjoying the summer holidays.

Questions have been raised about a possible switch to Ghana after he missed out on the England Euro 2020 squad.

He spoke of why he chose to play for England over Ghana.

“So it was the thing obviously choosing Ghana or England, and at the end of the day I said I always had the right people around me who always advise me – what’s right, what’s wrong. England came and I said yeah, let me go and play for my country. But I said Ghana is my home as well, so we’ll see, we’ll see. You’ll never know, so,” he said whilst giggling.