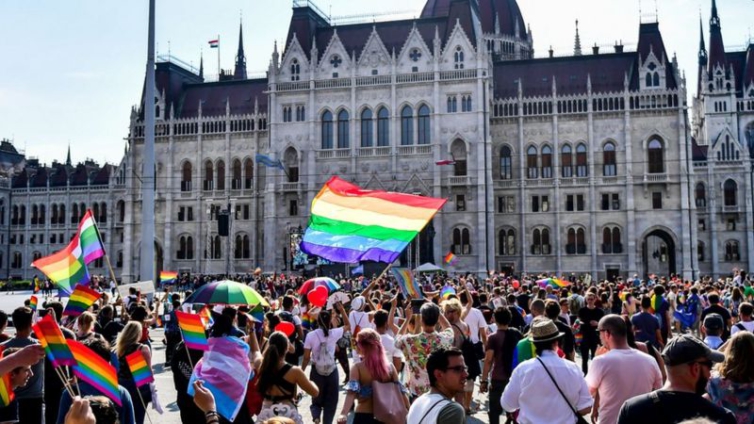 Hungary’s government has drafted a change to the country’s constitution that would in effect ban adoption by same-sex couples.

The proposed amendment would specify that “the mother is a woman, the father is a man” and permit only married couples to adopt children.

Same-sex marriage is illegal in Hungary, but adoption has been possible if one partner applies on their own.

The draft legislation has been condemned by human rights groups.

The proposal was sent to parliament by the governing right-wing Fidesz party late on Tuesday. It would require children to be raised with a “Christian” interpretation of gender roles.

“[It] ensures education in accordance with the values based on Hungary’s constitutional identity and Christian culture,” it reads.

Hungary’s government, led by Prime Minister Viktor Orban, has made sweeping changes to the constitution since coming to power in 2010.

The document already defines “the institution of marriage as between a man and a woman” as well as “the basis of the family and national survival”.

Under the latest proposed amendment, single people could only adopt with special permission from the minister in charge of family affairs.

LGBTQ groups said it was deliberately drafted at a time when mass protests were not possible due to the coronavirus pandemic.

“The timing is no coincidence,” a statement from the Háttér Society rights group said.

It added: “The proposals that severely limit legal rights and go against basic international and European human rights … were submitted at a time when… protests are not allowed.”

In May, Hungary’s parliament approved a law that banned transgender people from changing the gender they were assigned at birth on official documents.

At the time, rights groups said it would worsen discrimination against LGBTQ citizens.

“People are in panic, people want to escape from Hungary to somewhere else where they can get their gender recognised,” said Tina Korlos Orban, vice president of the advocacy group Transvanilla Transgender Association.