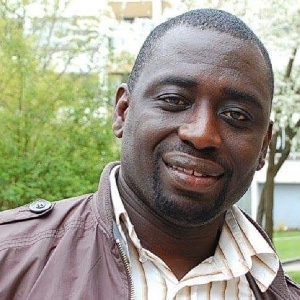 Former Sporting Director of Ashanti Gold S.C., Nana Kwasi Darling, has explained he appeared before the Disciplinary Committee of the GFA when he was called during the investigations into the AshGold vs Inter Allies match that was played in July, 2021.

The GFA in a statement on Monday, May 16, 2022, confirmed Nana Kwasi Darling, then Sporting Director of AshGold, was sanctioned among other officials and players of the miners, by the Disciplinary Committee for their involvement in the match manipulation.

He has been handed a four-year ban from all football-related activities by the GFA for failing to appear before the Committee, in accordance with Article 34.5(d)(i) of the Ghana Premier League Regulations.

But in an interview with LUV FM, Nana Kwasi Darling denied the accusation that he failed to appear before the committee.

According to him, he honored the invitation with his lawyer when he was invited.

“I attended the first call and I didn’t receive any invitation again, the first one I attended in conjunction with Lawyer Ayiah,” he said.

“We went together and I was cross-examined and I did not face any difficulty, I just said what I know and what happened on that matchday.

“I spoke to the lawyer and my understanding is that, the second calling, they did it through AshGold and I was no more with AshGold.

“So, the lawyer was representing AshGold but not individually, so he prompted them that I am no more with AshGold and they said they were going to call me through WhatsApp or Skype and I did not receive any such call so I think it’s deliberate,” added Nana Kwasi.

Both Ashanti Gold S.C. and Inter Allies FC have been demoted to the division two effective the 2022/23 league season after the Disciplinary Committee found the clubs guilty of match manipulation.