I don't have too much sex - Veteran actor Ajos - MyJoyOnline.com

I don’t have too much sex – Veteran actor Ajos 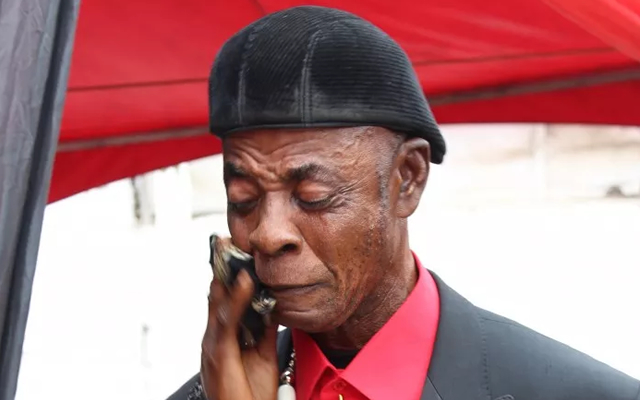 Veteran actor, Ajos, born Kingsley Kofi Kyerematen, says one of his secrets for being strong at age 70, is not having too much sex.

Speaking on Pan African TV on Friday, he said too much sex was not healthy. He therefore does not engage in regular sex.

For him, it is okay to have it once every six months and he is cool with it. Aside that, the father of four says he exercises regularly and eats fruits a lot to keep healthy.

“I take a lot of fruits and exercise. Also avoid too much sex. Too much of it is not good. It weakens you as a man if you engage in it too much. I am not saying avoid but do it once every six months if you can. If you can’t then once in two months is okay,” he said.

Most of his colleagues are either dead or struggling to survive as a result of lack of money. But interestingly Ajos says he is doing well.

He said he invested the money he made in the past. He didn’t spend it on women.

“I built my house 22 years ago. I bought the land for 20gh. It is 70 by 100. You can never be fit as you are today. You need to understand your nature and you have to think about tomorrow and invest for it,” he indicated.

He also spoke about his style of dressing; wearing weird and oversized suits, chains and wrist watches.

According to him, it is not like he doesn’t know or understand fashion but that is how he decided to brand himself.

“That is my brand,” he said, adding that he creates suspense with it.