‘I truly adored him’; Melyssa Ford opens up about her past with Drake 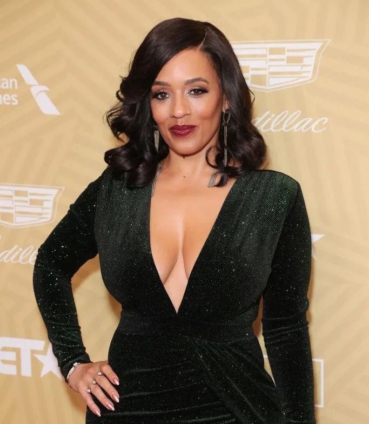 Canadian media personality and former video vixen Melyssa Ford got caught up in her latest interview after Drink Champs host N.O.R.E. asked her about the juicy and explicit details on what went down between her and 6 God, Drake.

If you’ve watched Drink Champs before, you’d know N.O.R.E. has no qualms asking the show’s celebrity guests questions that dig all up into their business.

Even so, Melyssa seemed surprised when the host said he’d heard she and Drake had a sexual past. N.O.R.E. definitely caught the former video vixen off guard when he asked her, “[So] Drake ate the a**?”

“Here’s the thing, you’ll never have full confirmation as to what actually transpired. That’s an assumption on your part!” Melyssa coyly told N.O.R.E. and fellow Drink Champs host DJ EFN.

When pressed on whether she and Drake ever “smashed,” she added, “No, we actually did not.”

The media personality later explained she and Drake are both biracial Scorpios from Canada to perhaps imply that their mutual attraction to each other was inevitable.

“I cannot lie – part of the attraction with him is how smart and cerebral and Canadian he was. We spoke the same non-verbal language. There was an unspoken language, and I really, truly f**king adored him. I did,” Melyssa said.

Earlier on in the interview, she’d described the Toronto rapper as being “very dramatic.”

Melyssa danced around details of a relationship between her and the Certified Lover Boy’s. She licked her lips the whole time and didn’t really say much.

If you’re interested, she gave an uncertain timestamp on when the fling went down – before the release of Drake’s So Far Gone mixtape in 2009.

View a snippet of Melyssa’s Drink Champs interview down below and listen to the messiness for yourself.