I went travelling with my BFF – and it ruined our friendship 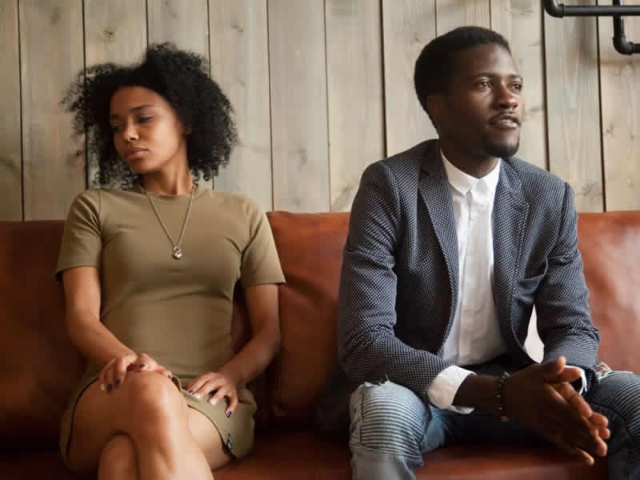 Sarah [pseudonyn] shot me a sharp look, then jumped up out of her seat and slammed the car door behind her. As tears rolled down my cheeks, I watched her walk into the darkness, then I heard her let out a pent-up scream. I sat frozen in the passenger seat as our painful conversation hung in the air like two cartoon speech bubbles.

My bubble said she was an entitled, self-absorbed, spoilt brat. Her bubble said she didn’t want to be friends with me any more. And in that moment, I knew our friendship was over.

I met Sarah a few years ago through charity work. It’s hard to pinpoint what drew me to her, but she had a great sense of humour. When we first started getting to know each other, we’d laugh at how we were, in fact, total opposites. I had a working class family background, she had a wealthy one. I’d give her banter about only liking the finer things in life, she would poke fun at me for going to the local shop in my PJs. We were from different worlds, and, on the surface, it didn’t seem like we had much in common.

But whenever we hung out, we shared everything – from difficult times at school to heartbreak – and there’d be no judgement. We trusted each other completely, and our bond grew quickly over the next year.

We were both having a stressful time in our jobs and had often talked about going on holiday together. So one day I blurted out: “Let’s take a road trip around America this summer and have an adventure!” She was totally up for it.

I’d travelled solo during my gap year, but I’d never taken a trip with a close friend before – and I couldn’t wait. Two weeks later, we booked our flights. During the countdown, we’d have a couple of planning nights, where we’d get in the mood with Californian wine or Mexican food and sort out what was going to be "the best BFF trip ever". But then we’d get distracted, and start chatting about our love lives or work, instead of sorting through the logistics. In the end, we booked a couple of motels to start us off, and agreed we’d work the rest out when we were there.

We met at the airport wearing our matching palm tree tops and on the plane – champagne in hand – we spent the entire flight offloading about work and boyfriends. After landing, we picked up our convertible hire car, put the roof down, and sang, “Californiaaaaa, here we come” from The OC at the tops of our voices.

I had no idea then, of course, but that was as good as it was ever going to get. 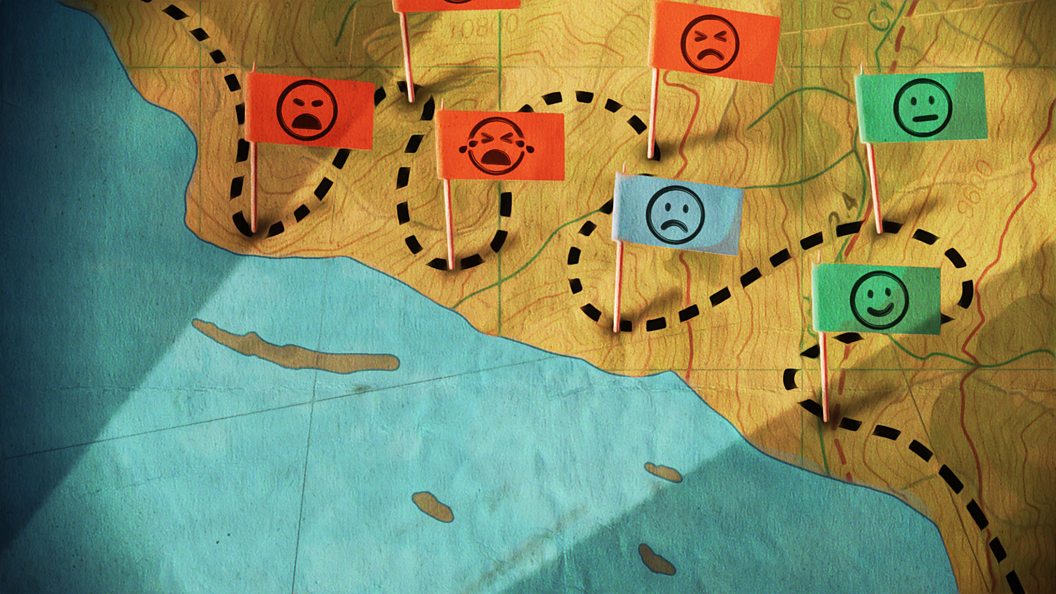 As with most relationship breakdowns, it started small. One day, during our first week, we went for lunch, and although I was used to Sarah asking me to take a photo of her whenever we were on a night out at home, that afternoon, she kept asking me to take hundreds of pictures of her. It took forever – and just felt so cringe. But then I thought perhaps she was feeling insecure for some reason, so I chose not to say anything.

But within a few days, our differences really began to show. Sarah was organised and liked structure, whereas I was laid back and, if I’m honest, a bit scatty. I didn’t sweat the small stuff – like when we accidentally booked the wrong tour early on – but Sarah got stressed out easily. This affected our activities going forward because she liked to be in control.

Before, the only time our differences had been a problem IRL was when I’d be running late for a catch-up or when everything had to run like clockwork on a night out for Sarah. Being abroad and hanging out 24/7 with each other meant these small irritations were magnified – like if I wanted a lie-in while she wanted to do an exercise class, or if a bar was boring.

After a couple of weeks of driving across the US – a task we shared – Sarah told me she was doing all the work in terms of figuring out how long to travel each day, or where to stay each night. She had a point: I had left most of that side to her, but she was always telling me how much she enjoyed planning. At the same time, I didn’t want to spend hours sorting through every detail – I wanted to leave room for spontaneity. But she seemed overwhelmed, so I apologised and gave her a hug.

That evening, I planned our route, restaurants, and motels going forward. I thought we’d sorted it out, but the next day, she still seemed annoyed, and later told me that I wasn’t a good travel buddy, which hurt my feelings. I started noticing a judgemental part of her personality. After having some drinks with a group of girls one night, Sarah later told me that she found them trashy and took the mick out of them, and it made me feel uncomfortable.

Then we started having tiffs about money. Sarah seemed to have a neverending supply, whereas I was on a strict budget. I thought we’d said we’d keep things simple and soak up the scenery, but then she wanted to book extravagant excursions. I guess we should have split off during the day, but Sarah didn’t like doing things on her own. One time, I remember walking back to our motel after disagreeing over what restaurant to go to – expensive versus cheaper – and, afterwards, there was a strange and unsettling feeling between us. I’d never felt so distant from her.

Over the next week, petty jibes (“you’re such a mess”, “the world doesn’t revolve around you”) started getting thrown between us. The tension was seriously mounting, and I realised the differences we'd celebrated and loved about our friendship at home were driving us apart. In fact, the only area we didn't seem to clash over was meeting guys, as we were both in relationships. Towards the end of the trip, I wanted to draw a line under the arguments and make the most of our last few days. Sadly, Sarah couldn’t seem to let things go – and for every spat we had, she still had ‘unfinished argument business’ from the previous one. 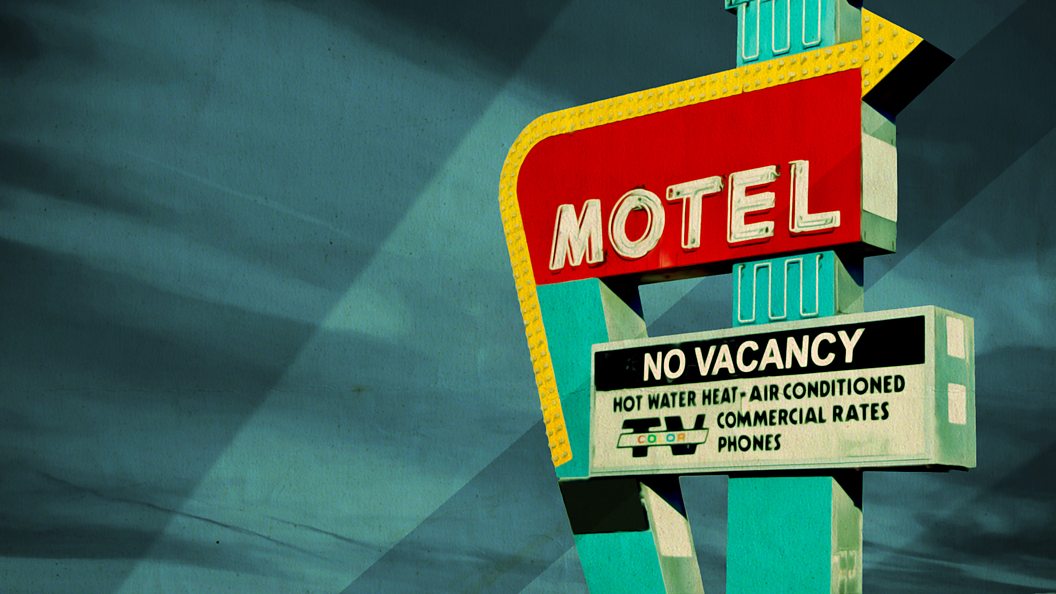 Things had got toxic, and I wasn’t strong enough to rise above it, so I’d bite back, and we’d end up in circles. The ironic thing was that despite however bad the day had been, she’d still post stunning pictures of her, the scenery – even the two of us – looking like we were having the time of our lives. I found it so false.

By the time we had that final, colossal row where those fatal mic-drop words were said, I knew we had reached our limit. We’d been on the road all day, taking it turns to drive, but we kept losing GPS and it got dark. Sarah blamed me for being rubbish at directions, and after hours of bickering, she pulled the car over. Our heated conversation escalated into full-on, friendship-busting fireworks.

She told me I was useless and stupid, and I said I’d been walking on eggshells and that she was incredibly selfish. That pushed her to the place where she said she didn’t want to be friends with me anymore. I felt so angry and shocked at the way she had acted; my body trembling with adrenaline. After she screamed and came back into the car, the awkwardness was palpable: every sound – a window screen wiper or a body shuffle – was amplified. I knew nothing I could say would take away the tension, so I sat there biting the insides of my mouth as she silently drove, snapping at me when I continued to give directions.

In the end, we found a motel and paid for two separate rooms instead of sharing a double bed like we always would. Mine was dingy and cold, and I cried myself to sleep that night, wondering if she felt as hurt as I did.

The final couple of days of our trip seemed to drag on for what felt like an eternity. On the last day, I bought her favourite pastry from a gas station as some kind of peace offering, but she rejected it. I wanted to crack a joke about how she must be pissed off with me but, by then, I had nothing left to give. On the flight home, we barely spoke, and it went beyond being awkward. I think we were both too exhausted to interact. We gave each other a half-hearted hug at the airport, and went our separate ways. 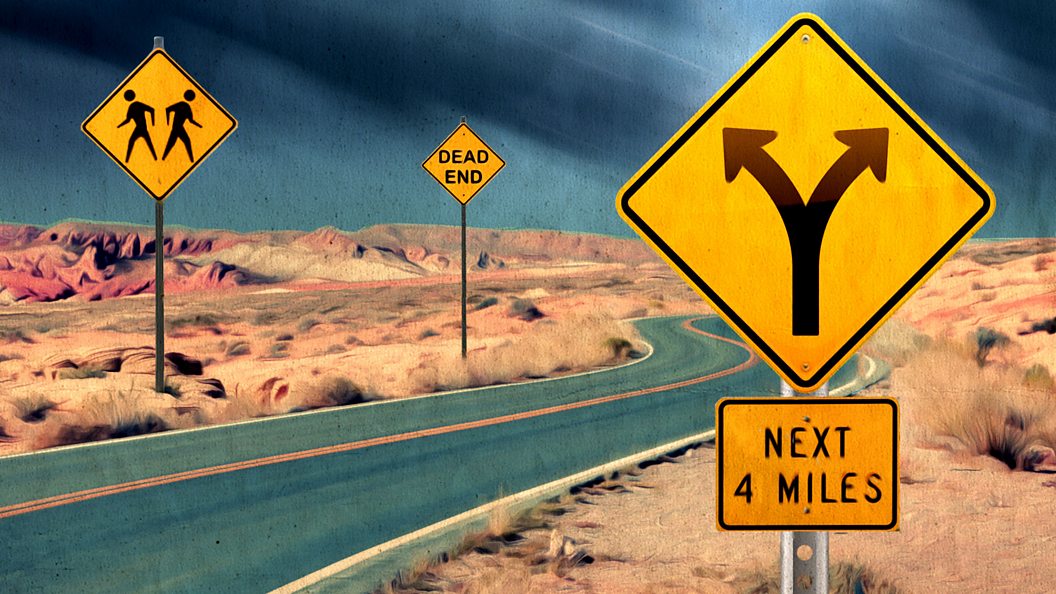 It took me a while to get used to the fact I’d lost my best friend. I’d see her life play out on social media, and it was hard – and very surreal. I missed her, but I wanted our friendship to be over more, and, not long after the trip, we unfollowed each other. I’d had friendships naturally drift apart before, but this felt different – we’d gone from being inseparable to never speaking again in a matter of weeks. And whenever someone asked about my "amazing American adventure", I found it too painful to talk about. It’s still tainted with sadness.

Today, I’ve accepted that our friendship was only meant to be for a season. I learned a lot from the experience, though – not just more about the type of person I am and my personal values, but also that travelling with a mate can be a riot – but it can also be a risk. And sometimes the risk isn’t worth it.