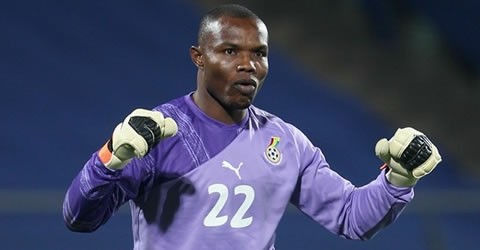 Kwarasey last featured for Ghana at the 2014 World Cup where his post-tournament remarks made more headlines than his performance. The Norwegian-born player openly questioned the credentials of the goalkeeper’s trainer Nassam Yakubu, accusing him of favouritism.

This was after Kwarasey had been demoted to second-choice for reasons that were not made clear.

In the past few weeks, Ghana coach Avram Grant has held meetings with the Portland Timbers goalkeeper but there still appears to be a stalemate.

"Last time I was trying to get his contact and speak to him because I know Kwarasey will listen to me," Kingson tells Joy Sports.

The veteran says he will continue to reach out to Kwarasey to consider a comeback ahead of the 2017 Afcon qualifiers.

"We were close when he joined the team. [I] had a very good relationship with him and he talks about me anytime he grants an interview."

Kingson, who now plays for Great Olympics, last played for the Stars two years ago against Zambia during a 2014 World Cup qualifier in Kumasi.