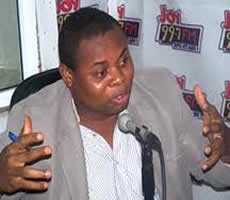 A special think-tanks research group from the two globally renowned institutions convened an assembly of more than 700 top experts from around the world, and created 30 panels of leaders in the broad range of fields and functional areas within which think tanks work worldwide, to assist in preparing the report.

The rankings, the fifth consecutive edition in the series, evaluated 6545 research-based organisations working in 182 countries and in nearly every conceivable field. 6000 journalists, policymakers and subject matter specialists were surveyed for nominations and insights. Based on the recommendations of more than 1500 scholars and experts a suitable methodology was produced.

The detailed set of criteria used to produce the ranking in each category emphasised influential and credible research, communication skills and the ability to work with the media and civil society to shape national, regional and global agenda in order to close the “citizen participation
gap” in the governance process.

Think tanks were defined in the report on the rankings as: “institutions [that] often act as a bridge between the academic and policy making communities, serving the public interest as an independent voice that translates applied and basic research into a language and form that is
understandable, reliable, and accessible for policymakers and the public. ”

IMANI was the only African think tank outside South Africa ranked amongst the top 10 most influential think tanks across the globe in the category of those institutions with an operating budget of less than $5 million.

IMANI was also the only African organisation ranked in the “top 30” category of the world’s most innovative think tanks, a distinction it shared with such institutions as the Brookings Institution, the Council on Foreign Relations, the Friedrich Naumann Foundation and the Fraser
Institute.

A total of 6 Ghanaian organisations featured in the sub-Saharan African rankings, putting Ghana behind only South Africa as the most prolific producer of high-performing think tanks.

IMANI (www. imanighana. org) is a public interest, research-driven, advocacy and activism organisation that works to influence government and public policy with a view to facilitating broad prosperity based on freedom, open markets, critical enquiry and an efficient and accountable public service.

It increasingly specialises in public diplomacy and engagement through broad alliances with civil society and the public-spirited media (see: www. Africanliberty. org).