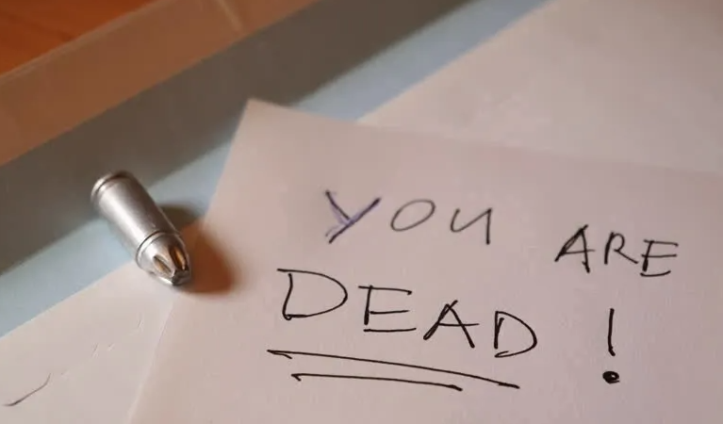 Editor of the Chronicle newspaper, Emmanuel Akli, says an Immigration Officer on whom he reported a story is threatening him with death.

The officer is reported to have won a case of defamation against the newspaper but got infuriated when the paper further filed for an appeal.

Mr Akli maintains that he first requested the intervention of the Inspector General of Police (IGP) in 2019 but all attempts to have the matter handled have proved futile.

Speaking to Joy News’ Kwesi Parker Wilson Thursday, he alleged that the said officer’s actions are premised on The Chronicle’s refusal to retract the appeal and issue a statement of apology to him.

“He started threatening me with death over WhatsApp messages. I initially reported him to the Police and nothing was done about it.

“I proceeded to send a petition to the IGP, yet still, nothing was done about it. Just last Friday, he sent me another message warning me that if I don’t retract, something will happen,” he said.

Mr Akli’s allegation comes at a time when there have been several calls for protection for journalists, especially as the country heads towards the December 2020 polls.

President of the Ghana Journalists Association (GJA), Affail Monney, on the back of several prior attacks on journalists, had sent a word of caution to all persons, asking them to devoid their plans of violence off media personnel.

Meanwhile, speaking to Mr. Akli’s issue, Executive Director of the Media Foundation for West Africa, Sulemana Braimah, expressed disappointment in the Police’s failure to act upon the Editor’s call for intervention.

He noted, however, that the matter has been reverted to the Service and is undergoing investigations.

“In the meantime, we thought it was important to bring it up to the public domain so that at least people will know about it and the perpetrator will also know that should anything happen to Mr. Akli, he will be held responsible,”.