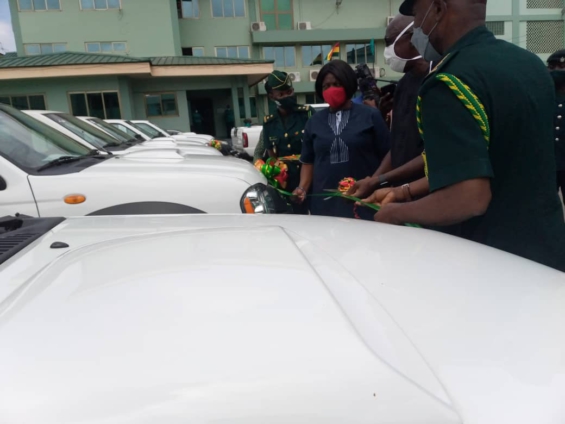 Government has promised to intensify patrols at the country’s borders particularly where there are unapproved routes to stop foreigners from coming into the country.

There are currently some 250 illegal entry points dotted around border towns which are easy targets for foreigners.

“We want to promote free movement of people and service but we also need to have a system to keep out the bad guys” the minister said.

Government in recent times been conducting counter-terrorism operations like Operation Eagle Claws in the Upper West region and other operations by personnel of the Immigration Service, Ghana Armed Forces,and other security operatives to prepare them for Operation Conquered Fist, aimed at securing the country’s borders.

The Minister believes the 50 vehicles and other logistics that will be delivered subsequently will go a long way to augment successes chalked by border patrol officials and defuse threats posed by terrorist organisations.

“in our sub-region, you know there are a lot of terrorist organisations and also a lot of criminal groups”.

There’s been reports about traders crossing to neighboring Togo to do business at the blind side of authorities, defying measures that have been implemented to stem the spread of the coronavirus.

The Minister said, “We take this matter seriously and so I direct the Controller to make sure that it is looked into because we can’t allow others to work against us”.