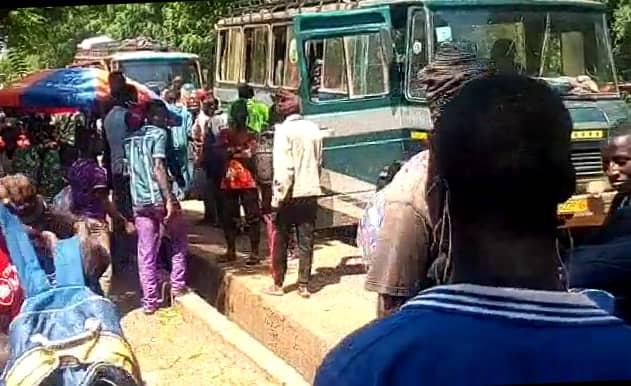 148 Togolese nationals are being held at the Saboba offices of the Ghana Immigration Service for illegally entering into the country.

The immigrants were in transit to the Volta Region through Saboba in the Northern Region when their vehicle was intercepted.

JoyNews gathers that the passengers were screened and results suggest that some are Tologese nationals.

Some of these persons, during interactions with Joy News, said the Immigration officers told them they were being detained because they had contracted Covid-19.

They added that it was explained that there is a ban on immigrating to Ghana but maintain that they were not informed upon arrival at the border.

They also say their voter ID cards have been taken and that they are being asked to go back to Togo.

Some allege they were made to pay monies ranging from GH¢2 to GH¢10 before entering the area.