India grapples with plans to vaccinate 1.3 billion people against Coronavirus 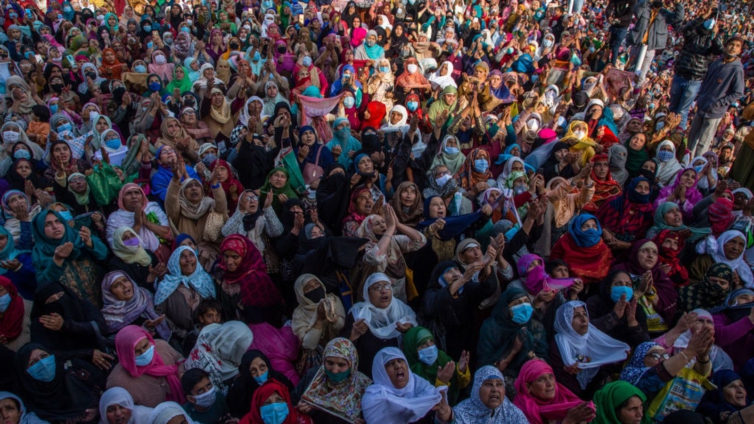 Countries around the world are working out ways to vaccinate their populations against Coronavirus.

But India, with its massive population of 1.3 billion, faces a bigger challenge than most.

The country has set aside $7bn (£5.3bn) and the Union government has created a task force to plan for the distribution of the vaccine throughout the country.

It has directed the states to identify people who would be on the priority list to receive the first doses.

An estimated 250-300 million people, including front line health and essential service workers, medical students, law enforcement, teachers, and the military, would be on that list.Advertisement

Union Health Minister Harsh Vardhan said the “prioritisation of groups to be vaccinated shall be based on key considerations.

“First is the occupational hazard at the risk of exposure to the infection and second is the risk of developing severe disease and increased mortality.”

The government will procure the vaccine directly from its producers and make it available free of charge to this priority group.

But the logistics involved in reaching every single Indian will present a Herculean task.

India is almost 2,000 miles north to south and the same east to west and access to some places are extremely difficult.

Added to this are the vaccine protocols to be followed in terms of maintaining the cold chain, having adequate syringes and the actual implementation of vaccination.

For months, the summer heat will make it difficult for health workers to keep the vaccines cold enough, especially in rural India.

Speaking to an Indian channel, taskforce member Dr Randeep Guleria said that those who are not on the priority list may have to wait for more than a year for a shot of the vaccine.

“In our country the population is large; we need time to see how the vaccine can be bought from the market like a flu vaccine and take it,” he said.

“Maintaining the cold chain, having adequate syringes, adequate needles and being able to deliver it to the remotest part of the country in a seamless manner is the biggest challenge.”

The Electronic Vaccine Intelligence Network (eVIN) system will be used to provide real-time information on vaccine stocks and storage temperatures across all cold chain points in the country.

The eVIN is an Indian technology system used in the country’s universal immunisation programme since 2015.

The junior health minister said: “The eVIN system is being enhanced to address the needs and distribution and tracking of Coronavirus vaccines whenever it becomes available.”

Though the country has been effective in implementing its immunisation programs for babies and pregnant women, there hasn’t been a project so enormous and vast to vaccinate every citizen in the country.

The Coronavirus vaccination will be a gigantic task for the overburdened health system particularly in rural India.

Prime Minister Narendra Modi has proposed using the experience of the successful conduct of elections and disaster management, for developing the vaccine delivery and distribution system, involving participation of states, district and village level functionaries, civil society organisations, volunteers, citizens, and experts from all necessary domains.

For decades, successive governments have spent just over 1.2 % of the GDP on public healthcare. In the face of a severe pandemic, this ignored and struggling infrastructure could collapse – affecting the poorest in this country.

Almost 70% of citizens use private hospitals, clinics and doctors. The cost of healthcare has been on the rise and illness can push a family into poverty.

India is the second worst affected country after the United States with more than 8.6 million coronavirus cases and 127,615 reported deaths.