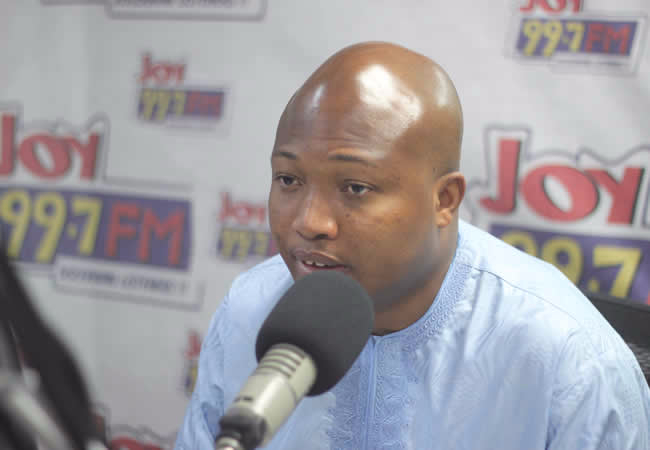 The Minority Spokesperson on Foreign Affairs has described as insincere and half-hearted an apology rendered by the under-fire diplomat George Ayisi Boateng.

Samuel Okudzeto Ablakwa insists the apology by the Ghanaian High Commissioner is not enough for him to keep his position, adding the Minority will meet to decide on the next line of action.

Mr Boateng made the headlines for all the wrong reasons when he suggested that he was only going to put the interest of members of the New Patriotic Party above all other Ghanaians.

He told members of the Tertiary Students’ Confederacy Network (TESCON) “This government is doing its best to create job opportunities and me for instance, I told my people over there [that] it is because of NPP that I’m here so the NPP man is my priority. I told them when NDC was in power it was Kwesi Ahwoi who was there, now we are in power, so Ayisi-Boateng is here with you. My topmost priority is the problems of an NPP person before any other Ghanaian, take it or leave it” he said.

“Indeed I’m not boasting but I’ve started meeting the NPP groups. Every weekend I meet some group members and I tell you if I had my way, every job opportunity that will come will go to a TESCON member before any other person. And I know my colleague appointees also have the same feeling except that because of IMF we cannot do anything now…”

His comments angered lots of people including the Christian Council, pressure group OccupyGhana, and the Minority in Parliament.

After a lot of pressure, the High Commissioner issued a statement retracting and apologizing for his comment.

“I have upon sober reflection, decided to retract the comments I made during my interaction with some members of the New Patriotic Party, NPP in the Ashanti Region over the weekend.

I have realized that my statement is unfortunate and at variance with the letter and spirit of the Ghanaian constitution and the dignified office of the High Commission that I occupy,” the statement said.

“I regret the effect of my speech delivered to the young party members which has generated public outcry.

I therefore wish to retract my comments and render an unqualified apology to the presidency and all Ghanaians,” he added.

But his apology does not appear to have appeased Ghanaians. Samuel Okudzeto did not understand why the diplomat would virtually have to be forced to apologise for such a remark.

He told Joy News even though the Minority has taken note of the apology it won’t accept it.

“…It doesn’t appear to be an apology which came from a High Commissioner who voluntarily realized that he had done something he should never have contemplated. There can be no Ghanaian better than another Ghanaian," he said.

He added the Minority will meet and take a decision on the matter.

An international relations expert and political analyst Dr Yao Geber said government officials must be guided by national interest in all their activities.

He did not understand how a High Commissioner could make such a comment.

He was also not satisfied with the apology by the High Commissioner.