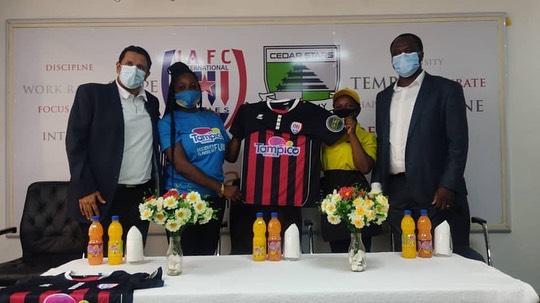 Inter Allies has signed a ¢370,000 sponsorship agreement with Tampico for the 2020/21 Ghana Premier League (GPL) season.

The deal was announced at a ceremony at the club’s secretariat on Monday.

Vice President of the Club, Delali Senaye told Joy Sports they were lucky to secure the partnership.

“We were very lucky to pull of this agreement and we thank God for it,” Senaye.

Allies’ deal with Tampico is one of the biggest in the local scene, but Mr Senaye insists it solves just a part of their bills.

“Our wage bill for players and technical team is about two times the money Acadia is giving to us so it means that they have solved part of our problem,” he noted.

Another sponsor unveiled of their first premier league on Monday night against Dreams FC is Sub Box Restaurant, a deal worth ¢45,000 in products for the next three seasons.