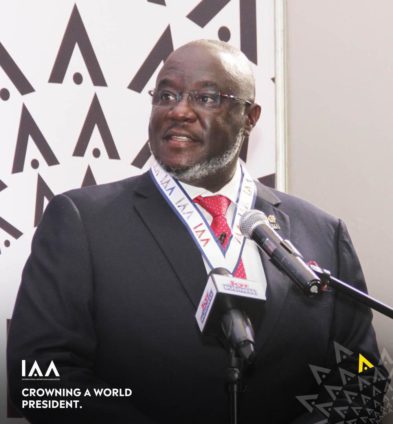 Speaking on Joy FM‘s Super Morning Show on Friday, President of the Association, Joel Nettey, noted that the fourth edition of this year’s conference has been dubbed “Africa to the World”.

He revealed that the keynote speaker for the first day is the Secretary-General of the African Continental Free Trade Area Secretariat, Wamkele Mene.

Other speakers include personnel from world-known brands such as Google, Facebook, Coca Cola, among others.

The conference he said will bring together the major players within the industry globally to highlight the many Africans making an impact in the world and would also enable brands to showcase themselves.

He, therefore, urged all and sundry to avail themselves and participate in the conference.

On the impact the Covid-19 pandemic has had on the industry, Mr Nettey admitted that the advertising industry has been hit hard just like other industries. He, however, stated that following the vaccination exercise being carried out in the country and the African continent, the industry would get back on its feet.

“Generally speaking, when brands are uncertain about the future and what they do, most of them make the mistake of cutting down fares on their marketing and advertising and so Covid-19 hasn’t treated the marketing industry very differently.

“Because of the ban on the number of people who can gather, brands have had to find other ways of engaging the consumer aside from the regular face to face interaction.

“Yes, we have taken some hits but we are hoping that as people vaccinate and follow the protocols, the marketing and advertising space will begin to pick up again,” he told host, Kojo Yankson.