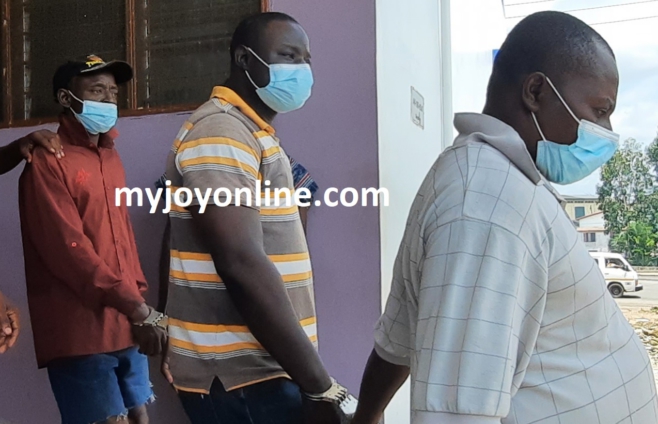 The family of a murdered social activist at Ejura in the Ashanti region says it is distressed by reports that two suspects charged for killing their relative would be freed in the coming days.

The two sympathisers of the ruling party, Issakar Ibrahim, also known as Anyars and Fuseini Alhassan, have been standing trial with Iddi Mohammed, a brother of the late Ibrahim Mohammed alias ‘Kaaka Macho’.

But the family says it is worried over reports that Mr.Issakar and Mr Alhassan will soon be released from police custody.

“Our attention has been drawn to information circulating in some quarters that supporters of the governing NPP in Ejura have been assured by high-level officials in their party that the Attorney-General will at the next hearing in the Kaaka murder proceedings, file a nolle prosequi to discontinue the prosecution of the two NPP supporters arrested in connection with Kaaka’s murder,” a statement signed by the family spokesperson, Nafiu Mohammed and Media Liaison Officer, Inusah Mohammed Bawah said.

The Asokwa District Court, presided by Akua Adu Boahene, was informed on September 7, that the Attorney General’s office has been preparing for committal proceedings against all three persons standing trial in the murder of social activist Ibrahim Mohammed, in Ejura.

The proceedings are to prepare grounds for a full trial of the accused persons at a higher court.

The prosecution, led by Chief Superintendent Kofi Blagodzi told the court a duplicate docket has been forwarded to the A-G’s office by the police prosecution team.

According to the family, the Attorney-General will subsequently push that the brother of the late social activist, Iddi Mohammed, be referred for psychiatric treatment.

“The information indicates that the Attorney-General will apparently also request that Baba Iddi (Kaaka’s brother) be referred to a psychiatric hospital for mental examination. Our understanding is that, despite the fact that the Attorney-General is aware that the evidence against Baba Iddi, is questionable and primarily speculative, this move is being taken to deflect legitimate concerns that the authorities have done nothing to procure justice for the killing of Kaaka; and to hold the perpetrators to account.

“We are distressed by the news and find it appropriate to address this publicly because till date, the authorities have never called to brief us on the state of the actions being taken in connection with the inquiry into Kaaka’s death or to procure justice for the wife, children and family of Kaaka,” said the statement.

The family says it will continue to trust the legal system “despite repeated actions to the contrary,  that our family can get justice for the painful killing of Kaaka.

“We assure the general public that, we the family of Ibrahim Anyass “Kaaka” Mohammed, will continue to remain vigilant in our search for the truth and our pursuit for justice in connection with the heinous murder of our loved one.”

Meanwhile, the hearing is scheduled for September 23, after the Asokwa District Court adjourned hearing on September 7.