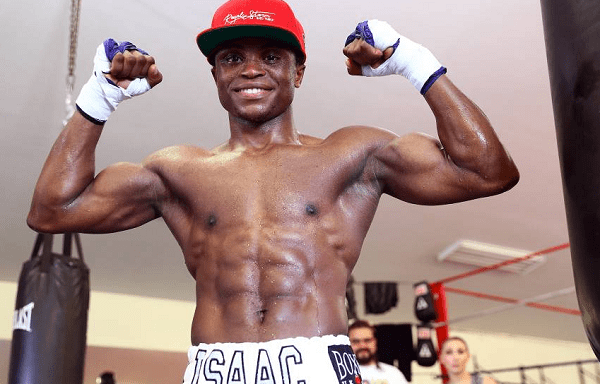 Former Ghanaian world champion Isaac Dogboe claims he has never had any association with a fetish priest referred to locally as ‘juju man’ in his career.

The 25-year-old has debunked reports of him seeking help from a juju man prior to his last bout against Mexican Emmanuel Navarrete.

His father and trainer, two weeks ago, appeared on Joy FM Sports Link in which he revealed that there that they had a prophecy from a juju man that Dogboe will knock out Navarrete before the third round.

“We were bringing a stool that hasn’t come back to his throne yet. When you are repairing all these things they have to be doing certain rituals and things and we’ve done all that,” he said.

“But when the prophet told me that, Paul, things will not be well and I told my son that this fight, the juju people say we going to knock Navarrete out in round two and the prophet says this cannot be.”

It was a rematch with Dogboe’s former title, WBO Super Bantamweight, at stake but the Ghanaian was beaten for the second time as he suffered a 12th round technical knockout.

However, in a video trending on social media, Isaac stated that he had little to no knowledge about what his dad said, insisting he has never consulted a juju man to help him win a fight.

“These rumours that are going around, as ridiculous as they are they have caused a lot of embarrassment to me, my friends, and all those that I’m associated with. I have no desire to worship a deity” said Isaac Dogbe.

Dogboe is yet to make a return to the ring since the defeat to Navarrete in May 2019. He is looking forward to a return later this year and has challenged Navarrete to a third fight.