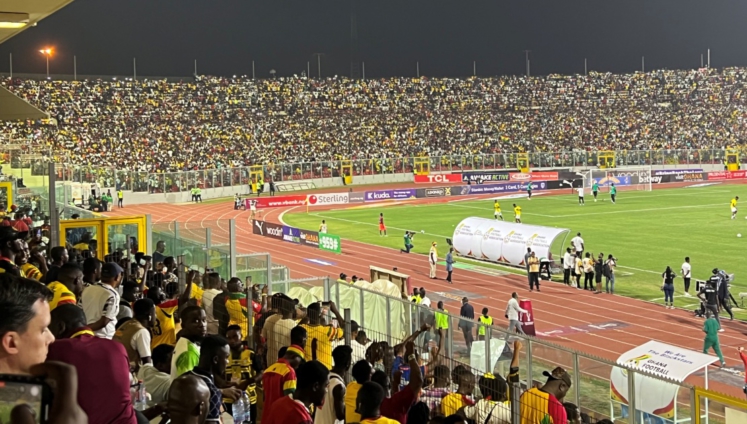 Super Eagles forward, Ademola Lookman says the supporters and the atmosphere at the Baba Yara Stadium were beyond his imagination during Nigeria’s 0-0 draw with Ghana.

The Leicester City star made his Super Eagles debut in the FIFA World Cup qualifier playoff on Friday in Kumasi as Ghana held their West African counterparts to a scoreless stalemate.

Lookman came on as a substitute in the second half of the game as Nigeria chased for the opening goal of the encounter.

Despite playing less than 20 minutes of the fierce encounter, the forward couldn’t hide his admiration for the charged atmosphere at the Baba Yara Stadium.

“The atmosphere in the Kumasi stadium was really amazing I’ve never seen anything like it,” Lookman said after the game.

“Making my debut for the Super Eagles was beautiful. It [second-leg] is going to be another tough game, another battle, another fight but we will be ready.”

The two countries come up against each other again on Tuesday, March 29, at the Moshood Abiola Stadium in Abuja to determine who picks up one of five slots to represent Africa at the World Cup in Qatar later this year.