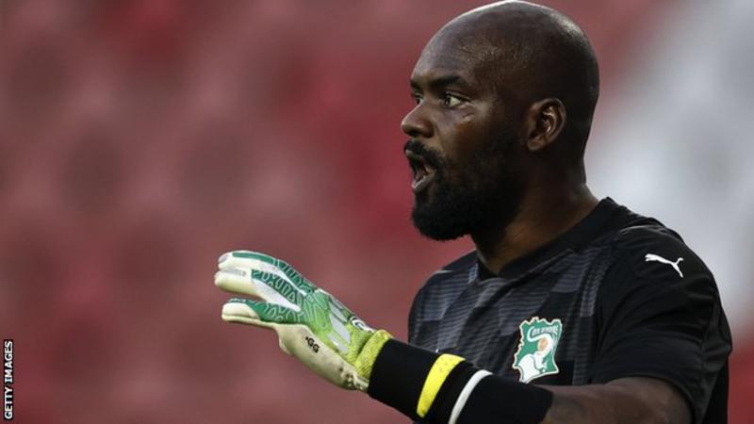 The 33-year-old tested positive last year for the banned substance trimetazidine, a heart medication which the World Anti-Doping Agency categorises as a stimulant.

This is one day after the 2023 Nations Cup gets underway in Ivory Coast, with the finals ending a month later.

Gbohouo was provisionally suspended in December and missed this year’s Africa Cup of Nations in Cameroon.

His positive test came after a 2022 World Cup qualifier against Cameroon on 16 November.

“As a result of the presence of the prohibited substance in his sample, the player was found to be in violation of article six of the Fifa Anti-Doping regulations,” said a statement on the Fifa website.

In his defence, Gbohouo said that he was prescribed medicine containing trimetazidine after being taken to a meeting in March 2021 with an opthalmologist by the Ivorian football federation (FIF) itself.

Following an eye examination, he was told to take a medication to improve his retinal blood flow – with Gbohouo telling officials he stopped the treatment halfway through a three-month course given he noticed no improvement.

The FIF, meanwhile, noted as part of its defence for the goalkeeper that “good eyesight” is “essential” for such a player.

Presented with documentation supporting his claims, Fifa adjudged that Gbohouo had unintentionally doped – thus reducing his ban from the standard four years for such an offence to two.

The ban was further reduced by six months after Gbohouo fully corroborated with the Fifa investigators, to whom he outlined the facts of his case.

Gbohouo, who is on the books of Ethiopian club Wolkite City, has 65 international caps and was part of the Ivory Coast squad that won the Nations Cup title in 2015.