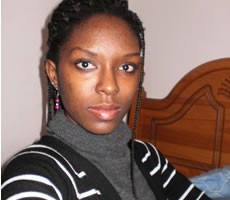 Joy FM reporter, Francisca Forson, was Tuesday dawn robbed of all her belongings in her hotel room in the Northern Regional capital, Tamale, whilst on duty there.

She was woken up by a loud sound at about 2am only to find that she has been left with only her night dress: the robbers took away her laptop, Black Berry phone, voice recorder and all gadgets she needs to work; they also made away with a bag containing her clothes and other personal effects.

“I don’t have any other thing,” a distraught Francisca Forson recounted her ordeal.

Curiously, hotel property in her Gariba Lodge room, she said, were left intact.

According her, the robbers might have entered the room through the window.

She said not even her screams for help attracted the attention of the hotel security who were “obviously sleeping.”

Even though managers of the lodge told her they had called the police, none had arrived at the scene as at 7:30am.