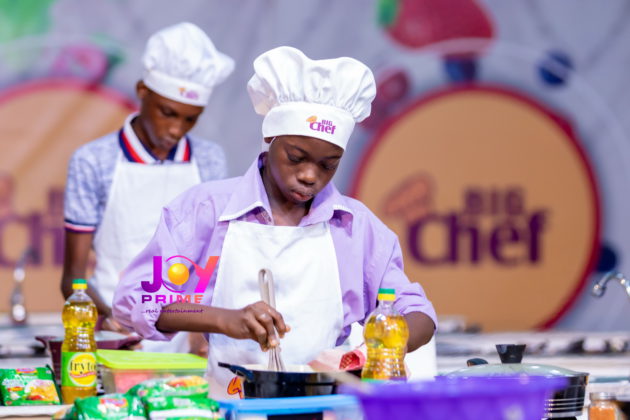 As part of showing appreciation to Indomie – a sponsor of the competition – the contestants were tasked to inject their own creativities into making ‘Indomie meals’.

The kitchen was brought to a standstill as the six remaining contestants battled to prove Indomie is not just a quick-fix meal but a whole satisfying cuisine on its own.

From boiling, blending, baking, frying and grilling, the contestants went beyond imaginations to plate never-seen meals the judges were so obsessed with.

The only two men remaining, Clifford and Cristopher gave each other a tight competition with Cheesy Indomie and Stir-Fried Indomie with Indolait (a combination of Indomie and Dolait blended together).

After their elegant presentations, the judges were stuck to crowning a winner between Abigail and Clifford but eventually settled on Clifford on the basis of excellent plating.

Meanwhile, last week, Khadijah Malik and Maria Chiara De Matters waved their final goodbyes to the competition after proving their worth in 8 weeks.