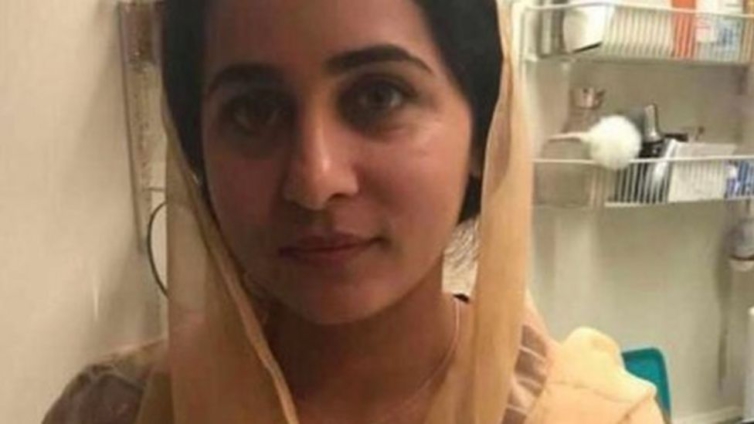 The body of Karima Baloch, a Pakistani human rights activist, has been found in Toronto, Canada, where she had been living for five years in exile.

Ms Baloch, 37, a campaigner from the restive region of Balochistan in western Pakistan, was a vocal critic of the Pakistani military and state.

Toronto police issued an appeal after she went missing on Sunday and later confirmed that her body had been found.

Police said there were “not believed to be any suspicious circumstances”.

In 2016, Ms Baloch was named in the BBC’s annual list of 100 inspirational and influential women for her work as a campaigner. She left Pakistan in 2015, after terrorism charges were levelled against her.

She continued to campaign in exile for the rights of people in Balochistan, both on social media and in person. And the threats followed her, according to Lateef Johar Baloch, a close friend and fellow activist who also lives in Toronto.

He told the BBC that Ms Baloch had recently received anonymous threats warning someone would send her a “Christmas gift” and “teach her a lesson”.

Ms Baloch’s sister told the BBC Urdu service on Tuesday that her death was “not only a tragedy for the family, but also for the Baloch national movement”.

“She didn’t go abroad because she wanted to, but because… open activism in Pakistan had become impossible,” Mahganj Baloch said.

Balochistan province has been host to a long-running separatist insurgency. Ms Baloch was a well-known activist in the region; she was the first female head of the Baloch Students’ Organisation (BSO) – a banned activist group.

Her first public exposure as an activist was in 2005, in Balochistan’s Turbat area, where she attended a protest over missing persons carrying the picture of one of her missing relatives.

Several members of Baloch’s extended family had been linked to the Baloch resistance movement over the years, and two of her uncles – a brother of her mother and a brother of her father – had gone missing. Their dead bodies were later found.

She rose to the head of the BSO in 2006, but many of the group’s activists were either “disappeared” or went into hiding in the following years, and in 2013 the government banned the group.

Baloch went into exile in 2015 after terrorism charges were filed against her. After relocating to Toronto she married a fellow activist, Hamal Baloch. She remained active in exile both on social media and in human rights activities in Canada and Europe.

DISCLAIMER: The Views, Comments, Opinions, Contributions and Statements made by Readers and Contributors on this platform do not necessarily represent the views or policy of Multimedia Group Limited.
Tags:
Karima Baloch
Toronto