Ghanaian arrested in Toronto for throwing faeces at passersby 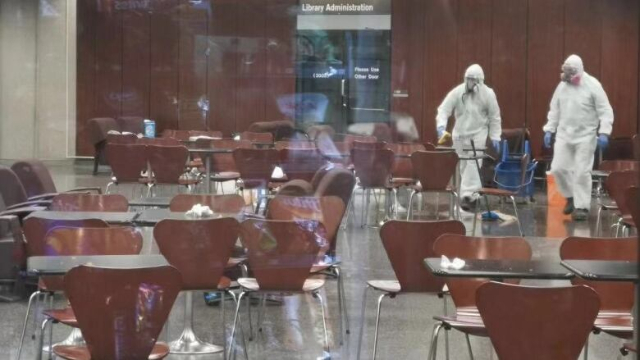 A 23-year-old man has been arrested after being accused of throwing faeces at five people on three different occasions.

He allegedly threw liquefied faeces which he held in a bucket at passersby in three different locations between Friday afternoon and Monday night in Toronto.

The accused, Samuel Opoku was arrested in the Queen Street West and Spadina Avenue although his exact location of arrest was not disclosed by the police.

He was taken into the custody of the Toronto police’s 52 Division on Tuesday at approximately 6 pm ET reports Canada’s Toronto CTVNews.

Opoku, charged with five counts of assault with a weapon and five counts of mischief interfering with property, has been scheduled to appear in a downtown Toronto courtroom at 10 am on Wednesday.

According to a news release on Tuesday, a man entered the John P. Robarts Research Library, at 130 St. George Street, on the University of Toronto downtown campus on Friday and poured a bucket of faeces over a woman and a child at a table.

The police added that on Sunday, a man entered Scott Library, at 4700 Keele Street, at York University and emptied a bucket of faeces over a man and a woman at approximately 5:00 pm.

In a third incident, around College and McCaul streets on Monday, a man approached a woman and emptied a bucket of faeces on her at around 11:55 pm.

A spokesperson for the Toronto Police Service, Const. Alex Li, addressed the situation on CBC Toronto on Tuesday night saying, ‘It’s disturbing. It definitely is. It’s very disturbing. Let’s just call it what it is. We are definitely, as an organization, taking this very seriously.”

Police said officers recovered the bucket used during the most recent incident and have turned it over to forensic investigators.

Additionally, security camera images of a man were recovered on Monday and Tuesday but it is unknown whether the man in the images is the same person who has been arrested.

“I want to stress and thank the public for coming forward with information,” Li said. “We’ve had calls. We’ve had information from the public with regards to these separate incidents.”

Toronto Mayor John Tory expressed relief in a tweet at the arrest.

Great work by @TorontoPolice arresting an individual in the “feces attacks” investigation. He can”™t face justice or be given help until apprehended and it seems our police have that in hand. I hope this arrest will help calm concern on campuses and across the city. https://t.co/AJ2kI6Y9Dt

Li entreated any other victims to come forward and report their cases saying that, “there could be more charges laid if more victims come forward.”

DISCLAIMER: The Views, Comments, Opinions, Contributions and Statements made by Readers and Contributors on this platform do not necessarily represent the views or policy of Multimedia Group Limited.
Tags:
Samuel Opoku
Toronto