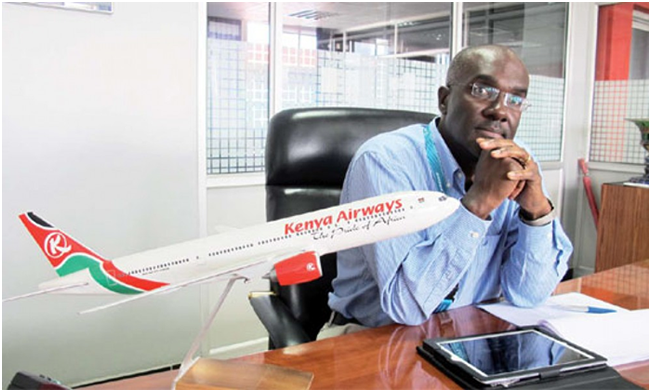 The resumption of flights is after the Sierra Leone Civil Aviation Authority gave the airline the go ahead to operate the flights.

Kenya Airways stopped operating on the route following a suspension by the Ministry of Health initiated in August 2014 following the outbreak of Ebola. The ministry lifted the ban in May 2015.

Group CEO and Managing Director Mbuvi Ngunze said: “The airline in consultation with the Governments of Kenya and Sierra Leone has constantly assessed the situation and is pleased with the latest development.”

Kenya Airways will operate daily flights on the route. The move comes two weeks after the airline resumed direct flights from Nairobi to Monrovia, Liberia.

Kenya Airways, a member of the Sky Team Alliance, is a leading African airline flying to 51 destinations worldwide, 42 of which are in Africa and carries over three million passengers annually.

It continues to modernize its fleet with its 41 aircraft being some of the youngest in Africa. This includes its flagship B787 Dreamliner aircrafts. The on-board service is renowned and the lie-flat business class seat on the wide-body aircraft is consistently voted among the world’s top 10. Most recently it has scooped top awards at the Africa Investor (Ai) Tourism Investor Awards and was declared the Business Airline of the Year in Africa.

Kenya Airways takes pride for being in the forefront of connecting Africa to the World and the World to Africa through its hub at the new ultra-modern Terminal 1A at the Jomo Kenyatta International Airport in Nairobi.