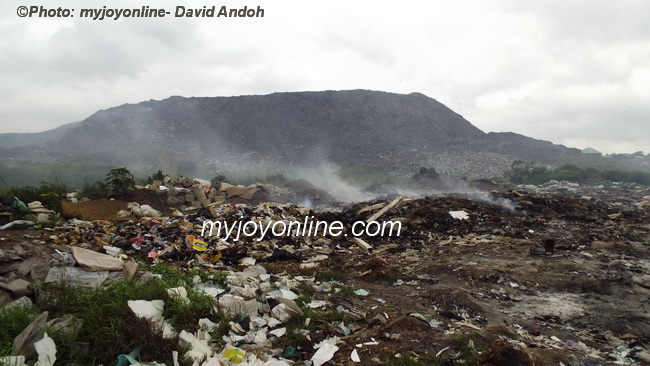 The Mayor of the Kumasi Metropolitan Assembly, Kojo Bonsu has assured residents of the city and its environs of improved sanitation conditions.

“Pragmatic plans are far advanced to ensure that insanitary conditions are a thing of the past in the metropolis,” he said.

“Cleanliness, they say is next to godliness, and so it falls on us to eschew activities that would undermine our resolve as a people to live clean and healthy lives”. Kojo Bonsu added.

The Mayor was speaking at the Dompoase landfill site in Kumasi after handing it over to the project contractor for expansion works to begin.

The GHC4.3 million project is part of a French government loan, procured by government of Ghana for developmental projects in four cities across the country.

Under the investment projects, the KMA is developing the Atonsu, Old Tafo and Asawasi markets including the Dompoase landfill site.

The Assembly, as part of the Urban Management project, is giving a face-lift to street naming, spatial planning and revenue enhancement, while under the Support Services the KMA will invest in vehicles, computers, laptops, photocopiers, office renovations among others.

The Mayor said, “even though the Doampoase landfill site is the biggest in Ghana with a life span of 20 years, it’s important to plan ahead of the years by expanding it once there is funding available”.

He assured, “the problem of dumping garbage from the city, at least for the next 20 years and beyond will be a thing of the past”.

Mr. Bonsu charged the contractors to complete the project in 12 months.

Other cities to benefit from the 40 million French loan are, Sekondi-Takoradi, Tamale and Ho.