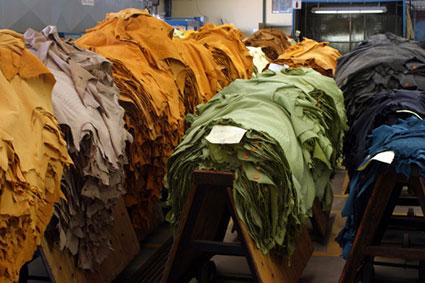 The textile and leather tanning sectors have been known for their pollution of water bodies.

The chemicals used in making these fabrics and leathers pose detrimental effects when they are not properly disposed of.

Fortunately, students of the Department of Physics at the Kwame Nkrumah University of Science and Technology (KNUST) have been exploring scientific means to rid water bodies of these hazardous wastes.

According to a 2017 report in the Journal of Environment and Earth Science, the tannery and textile industries are primary pollutants of the environment.

They have a strong tendency of causing water pollution due to the untreated waste they discharge.

Physics students, Frederick Eshun and John Kwesi Kwakye, explain the study was influenced by the excessive chemical effluents deposited into water bodies by textile and tannery industries in Ghana.

“We conducted a survey on how water bodies are polluted in our communities. And, we realized much attention hasn’t been given to the pollution made by tanning and textiles industries.

“So after reading literature, we noticed we could utilize Zinc-Oxide, a nanocomposite compound, to degrade these wastes,” they said.

The cleaning technology employs the use of a substance known as lanthanum doped-zinc oxide-reduced graphene oxide in degrading these chemicals under sunlight.

Frederick explained the newly developed cleaning technology proved more effective as compared to the conventional method of using only zinc oxide in degrading these chemical wastes.

“Originally, the method used in degrading these wastes was Zinc oxide. However, we realized its potency to degrade chemical wastes from these industries was less effective.

“But with the knowledge gained in the sciences, we thought it wise to use reduced Graphene oxide and lanthanum in degrading these water pollutants and it had a higher efficiency,” he said.