Kojo Yankson: Do you trust your leaders? - MyJoyOnline.com

Kojo Yankson: Do you trust your leaders? 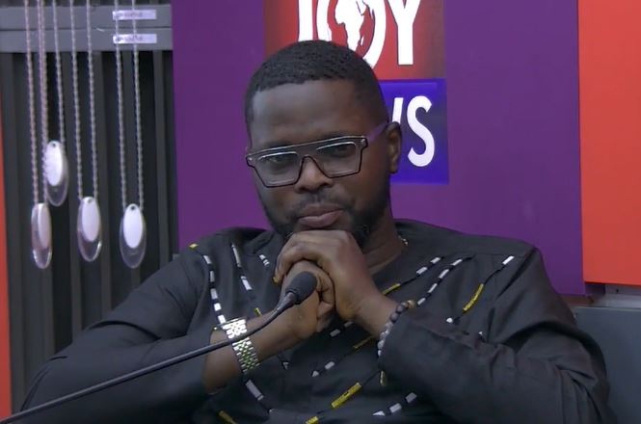 Let me ask: do you trust our leaders? Just consider what you hear every day on this show and shows just like this. Do we have trustworthy leaders? Do you think our government is made up of honest, reliable, truthful men and women?

Do they do what they say they will do? When we give them resources, do they account for them? When they get things wrong, do they admit their faults? When we cry to them, do they listen? Do you feel that our leaders are on our side? Do you trust them?

Now why is this question even important? Well, the concept of leadership is simple. A person with a vision rises from a group and they follow him/her to achieve a common goal or goals.

Now, if a person rises from a group and everything they say turns out to be a lie, who will agree to follow them? And without followers, are you a leader? So if we are wondering why as a people, we never seem to get anywhere, the answer is simple: it’s because our leaders are not trustworthy. So they have led us nowhere.

Once upon a time, some white people ran this whole nation. A leader called Nkrumah convinced the people of Ghana to follow him in a fight for our independence.

He made the people believe that “…the black man was capable of managing his own affairs”, so we followed him to take back our nation from these white people. It’s been 65 years since then, and in that time, we have been to the IMF 17 times.

Now, let’s get something straight. It doesn’t matter what the foot soldiers tell you on social media. When a country goes to the IMF for a bailout, it means they have failed to manage their own affairs. However you try to spin it, this fact remains.

So what this means is that none of our leaders since Nkrumah have been able to fulfill that promise he made of managing our own affairs. So again, I ask: do you trust our leaders.

Let’s bring this closer to home. This government dragged us by force out of the last IMF programme with promises that we would never mismanage our economic affairs again.

Immediately after promising us that, they proceeded to mortgage Ghana into a 335 billion cedi hole, while wasting our painfully-paid taxes on unjustifiable expenditure like private jet rentals and illegally blowing money we said we can’t find to build schools and hospitals, on a 350 million dollar cathedral that nobody asked for.

Let’s talk about that confounded cathedral for a minute. Without parliamentary approval, this government has funnelled millions of dollars into the President’s private unilateral fantasy. Meanwhile, the things that will save lives have been abandoned. Hospitals.

The entirety of what now seems like an Agenda 111 hoax has been jettisoned as we speak. Nothing is happening on that project. Meanwhile, up and down this country, people are dying.

In 2018 there was a viral video of a pregnant woman being carried across a river from the village of Nagroma in the North Eastern Region, just so she could get to a hospital in time to deliver her baby. By the time she got there, the baby was stillborn.

Now, just like several districts across this country, there is no hospital in Nagroma. But there was a CHPS compound. So why did this poor woman not go and deliver her baby there? Because the Government had not yet commissioned it.

That was in 2018. Our checks tell us that, in spite of the tragic death of that baby, the government did not get round to commissioning that CHPS compound until 2020. My dear friend, is that not incompetence?

So while the government is spending our money on the President’s “priority of priorities”, people are dying. Children are going hungry in our schools.

We can’t afford to feed them. Headmasters are issuing ultimatums that they may have to send the kids home soon if government does not find money to feed them. And these are the children that are lucky enough to have a school that has a roof.

Others are sitting under trees. None of them is a “priority of priorities” to the president? How are we supposed to trust such a leader to make good decisions on our behalf?

Now, in any relationship, lies and secrets break trust. So every time the government lies or keeps a secret, our trust in them is shattered even further. So when we keep asking the government to account to us for how they spent our money, and they keep refusing to do so, how are we supposed to trust them?

The President decided to abandon the Presidential jet we spent hard-earned money on, to hire private jets. When we asked the government to explain this decision, the Defense minister came to tell us that Presidents can’t bath in our presidential jet.

When we asked them to tell us how much it is costing us to hire jets that presidents can bath in, we were told that the cost of hiring these jets was somehow a matter of national security.

Jets that we hired from private companies that advertise their services on the worldwide web is a matter of national security…? How stupid do you think we are?

The defense minister told Citi FM a few days ago that the President has not hired a private bathtub in the past three months  – except for some Belgium-Rwanda flight bi last month. And he says this is because the President feels our hardship.

So Mr President, prior to these past three months, when you were jetting all over the place in the lap of luxury, did you not feel our hardship?

As you were flying around the world in a 34 million cedi bathtub, your citizens could not afford rent. They could not afford trotro fares. National service personnel were being paid less than the cost of their travel to and from work. In December last year, a litre of fuel was 6 cedis 70 pesewas.

We are in July. A litre now costs 14 Ghana cedis. Is government telling us that the President was not feeling any of this hardship until just three months ago?

Yesterday, the President announced that he has reduced appointees’ salaries by 30 percent because of our hardship. What he did not say was that he is still paying their allowances, including their DSTV bills, spectacle allowance, the cost of medical care abroad, not to forget the thick bundles of dollars that are shoved into their hands every time they travel, all in the name of Per Diem.

As for ex gratia, let’s not even touch on it. So when such a leader tells you he feels your hardship, do you trust him him?

COVID affected the whole world. We say its effect on us led to the crippling of our economy to the point where we now need another IMF Bailout. This same COVID was the reason why the World Bank, the IMF, our own bank of Ghana, Japan and other countries, gave us a total of 25 billion Ghana cedis. The Finance minister was called to come and account for how that money was spent.

He delayed aah until eventually, he came and told us what was done with less than half of that money. Over 13 and a half billion of it was not accounted for. All he said was it was used for budget support.

What budget support? You can collect 25 billion for a purpose and spend less than half of it on that purpose. And we are supposed to trust you?

So now, we are going to the IMF for a bailout. And still, even in our moment of shame, our leaders will not accept that they have failed to manage our economy. They keep telling us that it is COVID and the Ukraine war that has caused it, na as for them, they did nothing wrong.

They are a solid team. According to Bright Simmons on Newsfile last weekend, Covid and Ukraine will explain about 30-35% max of the economic hole we are in. So what explains the remaining 65-70%? What happened?

I’ll tell you what happened. Ken Ofori-Atta happened. When the founder of databank was appointed Finance minister in 2017, Ghana’s total public debt was 122 billion Ghana cedis. Today, we are in the red to the tune of 335 billion Ghana cedis, according to the ministry of finance website.

So under his stewardship, Ghana’s debt stock has increased by a spectacularly shocking 213 billion Ghana cedis.

But how? What sort of indiscipline could lead to such unsustainable levels of debt? Is the finance minister incompetent? Well, that’s hard to imagine. This is the man who founded Databank – perhaps the top investment bank in Ghana. How can he not know what he is doing?  Well, here are some facts to consider.

Another company called Black Star Brokerage has also been hired by the finance ministry to provide this same service. Black Star was founded by Charles Adu Boahen, who is the Minister of State responsible for Finance.

So as Ghana sinks deeper into debt, these two companies founded by the two people in charge of our economy are getting richer. Now, ask yourself: how motivated are the managers of our economy to explore solutions other than borrowing?

Anyway, we are now going to the IMF and hoping for a 2 billion dollar bailout. The thing about IMF borrowing is that it does not involve paying transactional advisors or market specialists. So Databank and Black Star will not make a penny on this bailout.

I wonder whether that explains how adamantly the Finance Minister was insisting just a few weeks ago that we will NOT go to the IMF…The man was frantically telling bible stories to convince us that this was not the way to go.

That we are a proud country. So we should proudly sink further into debt while Databank humbly rakes in millions eh? Ok. We trust you.

The public sector workers whose calls and letters you are now ignoring trust you.

The National Service Personnel whose allowances can’t even pay for their transport trust you.

The NABCO recruits who are still waiting for the permanent jobs you promised trust you.

The school children who you can’t feed trust you.

The trotro drivers who can’t afford fuel trust you.

The labourers who can’t afford to eat twice a day trust you.

The people of Greater Accra, Central and Western regions whose lives and property get washed away whenever it rains trust you.

The decent, hardworking Ghanaians who agreed to pay an e-levy because you said it would save our economy trust you.

The decent, hardworking Ghanaians who can no longer remit money to their family members because of the same e-levy trust you.

We all trust you, ok? How can we not? After all, you feel our hardship, don’t you? It is only caring leaders like you who will steal the very earth from beneath our feet and will it to their own family… forever.

We trust you. And you care about us. Let’s see how long we can keep lying to each other before everything goes up in flames.