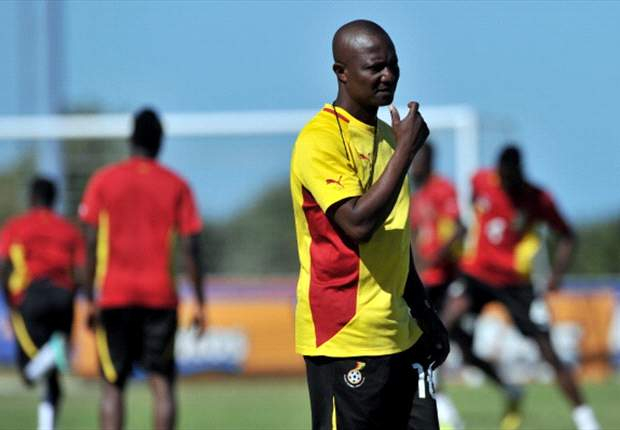 Ghana coach, Kwasi Appiah says his Black Stars, are ready for their double-header international friendlies against Mexico and USA.

The Stars will play Mexico first next Wednesday in Texas and then USA on July 1 in Connecticut, and Kwasi Appiah says the two games form part of his team-building exercise but that will not deter the team from  delivering ‘performance and results’.

After a week’s training at the Accra Stadium, Coach Appiah believes his charges are ready to continue from where they left off in their Africa Cup of Nations (AFCON) qualifier against Ethiopia in Kumasi two weeks ago.

"We don’t expect a five-star performance as the opponents are different. However, we seek to build upon what we acheived against Ethiopia.

"I can say that we are ready and I am confident that the players will make deliver," Appiah said confidently.

"Though friendlies we attach importance to them because they are part of our team strengthening exercise. The performnce and results are both important for us, but our priority will be on performance," Kwasi Appiah told the Graphic Sports in an interview yesterday.

Asked if he was concerned about the quality of his opponents, given that Mexico's first team are currently participating in the FIFA Confederations Cup in Russia, the coach said that was not a problem as his interest was more in what his side would bring on board.

“It does not matter whether we play against Team A or Team B as every game presents an opportunity to assess my team. My interest is in the delivery and output of my players,” Coach Appiah explained.

Meanwhile Thomas Partey and Thomas Agyepong who played key roles in the game against Ehtiopia, have not been part of this week’s training, just as Afriyie Acquah,who is indisposed, and the Ayew Brothers who have been excused at the request of their clubs.

In their places, Kwasi Appiah has called up WAFA’s Gideon Waja and Majeed Ashimeru, while Harrison Afful, Jonathan Mensah, David Accam, Kwadwo Poku and Mohammed Abu will join the team on arrival in the US.