Larruso hints at a possible collaboration with Sarkodie - MyJoyOnline.com

Larruso hints at a possible collaboration with Sarkodie 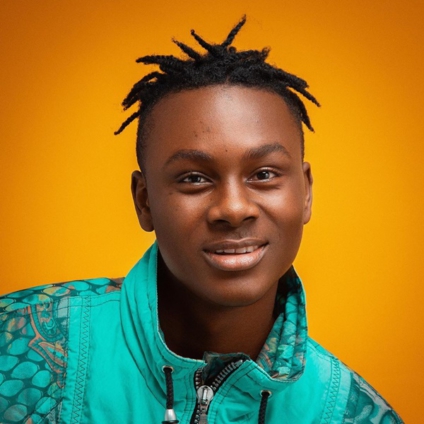 This comes up as an old picture of a young Larruso with Sarkodie circulated on social media earlier this week.

In an interview with Sammy Forson on Daybreak Hitz today, the “Killy Killy” hitmaker said that the picture was shot at a time when he approached Sarkodie for a verse for his personal project which proved futile but he managed to get a picture with him, something he is really grateful for.

“At that time, I wanted to tell him that I wanted a verse for my song. I told one of his bouncers and he was like look at this guy, but I managed to have a picture with him and I’m so grateful for that,” he revealed.

When quizzed if he would love to have a collaboration with him anytime soon, he responded positively by stating that it is going to happen this year.

“Of course, it is going to happen this year”, he said.

Larruso shot to fame after he released “Killy Killy” and he later got Stonebwoy and Kwesi Arthur to feature on the remix of the song.

He has since then gone ahead to release other songs like “Eeba”, “Gi Dem”, and “Celebrity” among others.

He was on the show today to promote his new single titled “Carolina,” which according to him was inspired by his father.