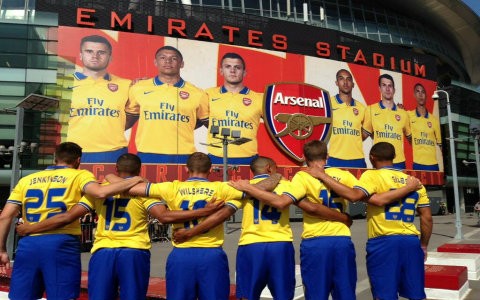 Arsenal will host Chelsea in the mouth-watering clash of the Fourth Round of the Capital One Cup. The Gunners needed a penalty shoot-out to defeat West Bromwich Albion last night to set up a titanic clash with Jose Mourinho’s men.

Manchester United progressed to the next round as well after defeating arch-rivals Liverpool 1-0 at Old Trafford. Javier Hernandez scored the only goal of the match, after the Mexican slotted home from close range, meeting a delicious corner from Wayne Rooney.

The Red Devils, courtesy of that victory have set up a date with Norwich City at home. Derby rivals Manchester City defeated Wigan convincingly on Tuesday night and will travel to Tyneside to face Alan Pardew’s Newcastle United in the next round.

The Gunners last won the competition in 1993 and were runners up to Chelsea in 2007 final. The Blues meanwhile have won this trophy under Jose Mourinho in 2005.

All the matches will be played on 29th or 30th October. Here is the full fixture list: