LeBron James re-signs with the Cavaliers 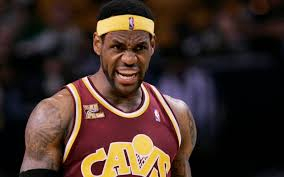 LeBron James, as had been widely expected, affirmed his commitment to try to win a first NBA championship for Cleveland by officially re-signing an unspecified deal, the Cavaliers said on Friday.

Though the club did not disclose contract terms, multiple media reports have said James, twice an NBA champion with the Miami Heat, will return on a one-year deal that holds a player option for 2016-17. The deal would be worth a maximum of $46.9 million over two years.

"LeBron's re-signing today is a reflection and continuation of his strong, personal commitment to help deliver championships to Northeast Ohio and Cavs fans everywhere," Cavaliers general manager David Griffin said in a statement.

"We share this deep level of commitment with him. His impact upon this team, his community and the game are impossible to overstate and we look forward to continuing on our mission together."

James, in his first year back in Cleveland, led the injury-hit Cavaliers to the NBA Finals where they lost 4-2 to the Golden State Warriors.

He opted out of a two-year deal on June 29 to reach free agency though it was widely believed that he would remain in his home state.

Cleveland fans can now look forward to the return of their 'Big Three' with All-Star forward Kevin Love and point guard Kyrie Irving having both agreed to maximum contracts. The Cavaliers, who clinched the Eastern Conference title in 2007 and again this year, have yet to win an NBA championship.

Wade, 33, a three-time NBA Champion, has played his entire 12-year NBA career with the Heat, and is the team's all-time points leader with 18,812.

He missed 20 games last season as the Heat nursed his troublesome knees. Miami failed to make the playoffs.

Wade said on Twitter the contract was for one year. "When you're on the move like I am. You have to sign your contract on the move… .One more year," he tweeted. Also on Friday, the Minnesota Timberwolves announced they had re-signed 39-year-old forward Kevin Garnett.