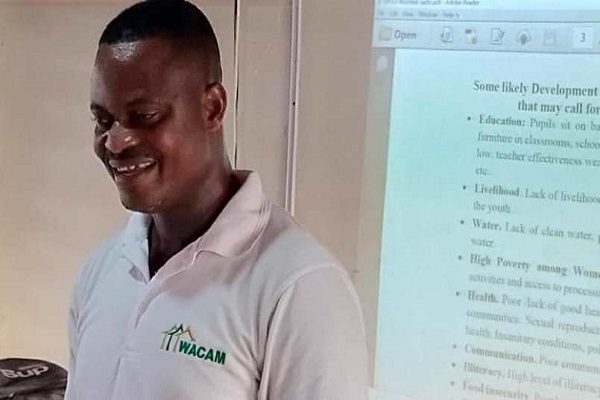 The Bono, Bono East and Ahafo Regional Coordinator of the Ghana Community Foundations Development Project, Raphael Godlove Ahenu, has stressed the need for the promotion and establishment of the Community Foundation (CF) to make it easier for local communities to plan and execute development.

“There are still development gaps in the health, water and sanitation, security, peace and education in many communities across the country, hence the need to establish community foundations to help tackle such challenges,” he said.

Mr Ahenu made the observation at stakeholders meeting on Ghana Community Foundation Development Project at Odumase, the Capital of the Sunyani West Municipal in the Bono region.

The meeting was also to help facilitate processes for the registration, and development of the Sunyani West Community Foundation.

He stated CF is a registered independent public charity or non-profit organisation voluntarily established by the people living in a geographical area to contribute to the improving the quality of lives in the area.

Mr Ahenu said promoting the establishment of the Community Foundation concept in Ghana has become very necessary due to the decline in donor support and central government’s inability to meet all the development needs of the people.

According to him, community foundations help bring community members and corporate institutions together to harness the power of giving within the communities for social progress.

He said the excessive dependency on the District Assembly Common Fund (DACF), and Internally Generated Fund (IGF) by communities has not helped in tackling some immediate needs of the local people.

This according to the MCD will inspire local communities to initiate self-help projects that could attract support from the local assemblies and development partners.

The Acting Chief Executive of the Sunyani West Community Foundation, Martin Djan, appealed to all citizens of Sunyani West both home and diaspora to come on board to support the foundation.

According to him, there are a lot of development challenges including poor road network, lack of access to health facilities, poor educational infrastructure and gender-based violence facing people in the municipality.

The meeting which was attended by traditional rulers, assembly members some heads of departments as well as civil society actors in the Sunyani West Municipality formed an 8-member working committee to facilitate processes for the registration development of the Sunyani West Development Foundation.