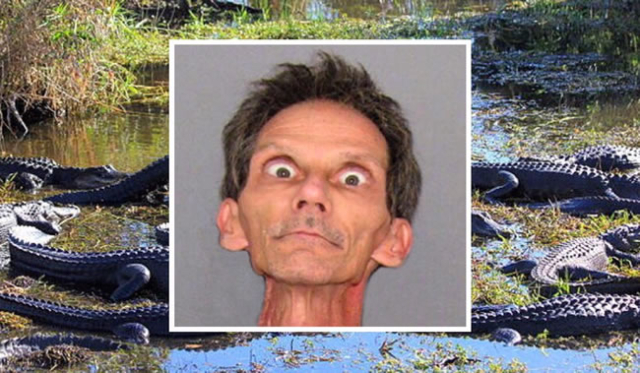 A Florida man has been arrested after authorities report he was tranquilizing alligators in the Everglades and then raping them.

57 year old Shawn Kilums was found by Florida authorities in the act of engaging in sexual intercourse with a tranquilized alligator Sunday afternoon.

Authorities say they tazed Shawn as he was not following police orders, police say Shawn was also high on crystal meth.

Police later found dozens of tranquilizers and firearms near where police arrested Shawn. According to police, Shawn kept claiming he was possessed by the late Steve Irwin, an Australian tv personality who was known as simply “the crocodile hunter”.

Florida Authorities say they will do better to protect the everglades wildlife and to arrest more Florida men for their apparent tendency to create disturbing news headlines.