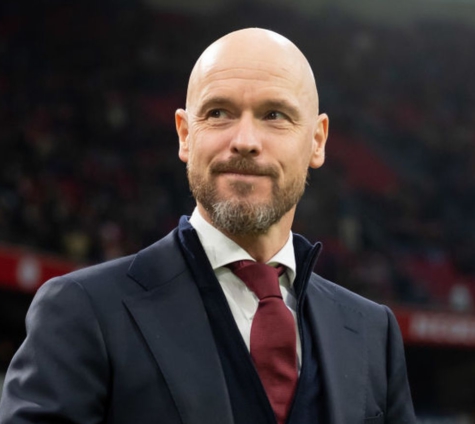 Ralf Rangnick has been doing the job on an interim basis since Ole Gunnar Solskjaer was sacked in November.

It is being stressed at Old Trafford that it is too early to start talking about favourites for the job, although the club do want to conclude the process as soon as possible.

Paris St-Germain boss Mauricio Pochettino is also on a shortlist.

Sevilla coach Julen Lopetegui also has his admirers at United, as does Spain coach Luis Enrique, although the likelihood of him agreeing to take a club job before the World Cup later this year is thought to be slim.

United are keeping across the situation at Chelsea, although German manager Thomas Tuchel has given no indication publicly he is thinking about walking out on the Blues, despite their present predicament.

However, that is unlikely to prove an obstacle should United decide the Dutchman, 52, is the right man for the job.

A former coach with Bayern Munich’s second team, Ten Hag has been at Ajax since December 2017 and guided them to within a minute of reaching the Champions League final in 2019 before Lucas Moura’s famous goal for Tottenham.

The fact many of the players who were part of that Ajax squad have not achieved the same success elsewhere is a measure of his coaching abilities.

Ajax won the Dutch league title in 2019 and 2021 and are currently top of the table by two points from PSV Eindhoven.

Whoever gets the United job faces a big summer, with Paul Pogba, Jesse Lingard, Edinson Cavani and Juan Mata all out of contract.

In addition, a number of senior players have uncertain futures, including Cristiano Ronaldo, although it is not entirely clear who would be willing to take on the 37-year-old’s enormous wages.

DISCLAIMER: The Views, Comments, Opinions, Contributions and Statements made by Readers and Contributors on this platform do not necessarily represent the views or policy of Multimedia Group Limited.
Tags:
Ajax coach Erik ten Hag
Manager job
Manchester United