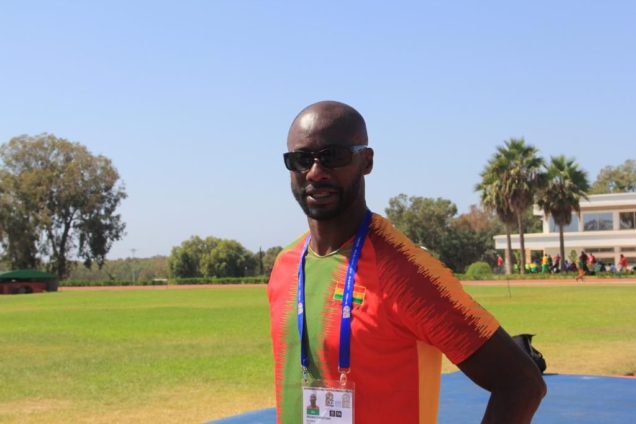 Joseph Manu, a sprinter currently studying at the Coppin State University in the USA, replaced Martin Antwi who raced alongside Joseph Paul, Sean Safo Antwi and Benjamin Azamati at the 2019 World Athletics Championships in Doha and African games in Rabat.

Manu’s lack of cohesion was conspicuous as he delayed in handing over the baton to Joseph Paul in the Olympics qualifying heat and later, a late baton change between himself and Benjamin Azamati led to Ghana’s disqualification in the relay Final. Nsiah, who handled the team at the Championship explained to JoySports why Manu’s performance was special.

“I basically kept the team in the positions that they were from 2019, the last time they met. The only problem was that one of the people that was with us in 2019 wasn’t on the team, so we had a new guy which is Manu. The thing is that, it’s only after we got there that I realized that he had never taken a baton.” The coach narrated to JoySports.

Manu’s inexperince with receiving the baton (as he had started most relays in the past)was not the only challenge Nsiah and his team had to deal with. The team only managed to arrive in Poland a day to the weekend event, and as a result, had very limited time to practice.

Besides their late arrival and extremely limited practice time, the group had to put up with the additional challenge of unfavorable weather conditions, which meant they needed to develop unconventional methods of warming feet.

In light of these challenges, any trainer will be surprised with the productivity of his team. For Nsiah however, the narrative is different, as the output of the quartet was not one which he was taken aback by – and that is rather surprising.

“To be honest, these young guys are very talented and if you look at the times they have run individually this year, we actually expected more. It’s just that the weather wasn’t even cooperative, it was really cold in Poland. The second day was almost freezing cold to the extent that they were even warming their feet up with lamps and all of that. So I wasn’t surprised by their performance at all. To be honest if the weather was better, I wouldn’t have been surprised if they had broken the national record.”

Nsiah also disclosed that relay debutant [Joseph Manu] suffered physical challenges due to the same harsh weather conditions that caused the team to invent new methods of warming up.

Besides that unfortunate turn of events, the debutant gave a good account of himself – contributing to Ghana’s Olympic Games and World Athletics Championship qualification.