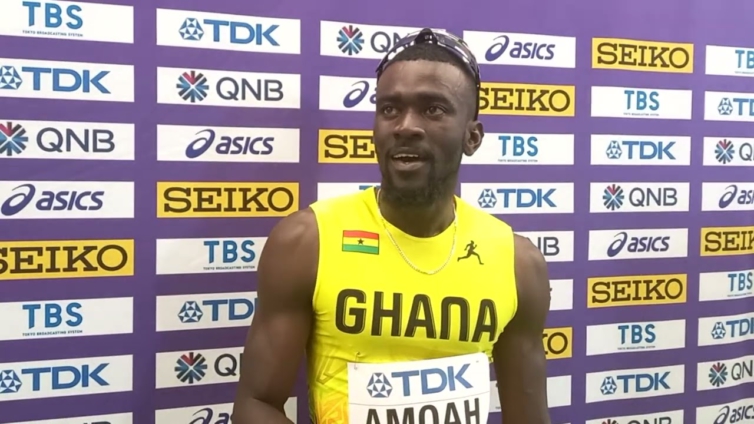 Amoah’s time of 8.92s to finish the race for Ghana and qualify for a fourth final in three years was 0.12s faster than USA’s Marvin Bracy who followed him closely with a time of 9.04s. Luis Ansah Peprah of Germany came in third with a time of 9.07s.

Joseph Paul received the baton from Joseph Manu and powered Ghana to the final. On his part, Joseph Manu run the fastest time across the heats in the curve too.

His dash (9.21s) in the curve was 0.04 seconds faster than Elijah Hall of the USA who run 9.26s. Great Britain’s Nathaniel Mitchell Blake’s, 9.44s was third fastest in the curves.

Ghana’s 4x100m relay team will feature in the final and will be seeking quick improvement from the start and first changeover.

Ghana will face the might of USA, Great Britain, Jamaica, France, Canada and Brazil for a medal.

The final will take place on Sunday at 2.50am Ghana time.