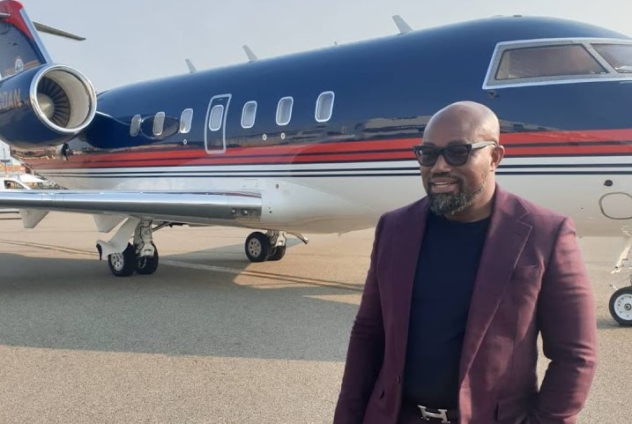 An Aviation expert, Dr. Yakubu Akparibo has stated that the Managing Director of McDan Aviation Services, Daniel McKorley should have secured the approval of the Ghana Airports Company before constructing the Private Jet Terminal at the Kotoka International Airport (KIA) in Accra.

This he said is because “the Airports Company needs to know the time, the location of the facility and the number of staff and the kind of jets.”

Speaking on Top Story on Tuesday, he noted that this is essential due to the safety implications they may have on the operations of the airport.

His comment was in reaction to a directive issued by the Ghana Airports Company Limited (GACL) to the managers of the newly launched McDan Aviation to suspend the use of Terminal 1 of the Kotoka International Airport (KIA) until further notice.

In a letter signed on January 31, by the Managing Director of the Airports Company, Yaw Kwakwa, he referenced a notice to the company to suspend its inauguration of the Private Jet Terminal last Friday, which was not adhered to.

Consequently, Mr Kwakwa said, “We note with concern your failure to comply with the directive despite the outstanding issues on the prior terms and conditions for the use and operations of Terminal 1 as a Private Jet Terminal.

The Aviation expert stated that he is surprised that GACL announced that it was not privy to the construction of the private jet facility.

He explained that “aviation operation is well structured and before any modification happens in an airport, there are always due processes to follow.

“So I’m very surprised that the Airport company would come out earlier to say that they were not even aware of the construction of the Terminal,” he added.

In a letter dated January 31, written by the Managing Director of the company, Daniel McKorley, he confirmed that they are following through with the GACL’s order to suspend operations.

“We are writing to officially inform you about our decision to suspend our operations at the Fixed-Base Operator (FBO) with immediate effect,” the letter said.

McDan explained that “this has become necessary to pave way for us to thoroughly engage your outfit and all the key stakeholders on the way forward.”

DISCLAIMER: The Views, Comments, Opinions, Contributions and Statements made by Readers and Contributors on this platform do not necessarily represent the views or policy of Multimedia Group Limited.
Tags:
Airport Company
Dr Yakubu Akparibo
McDan Aviation